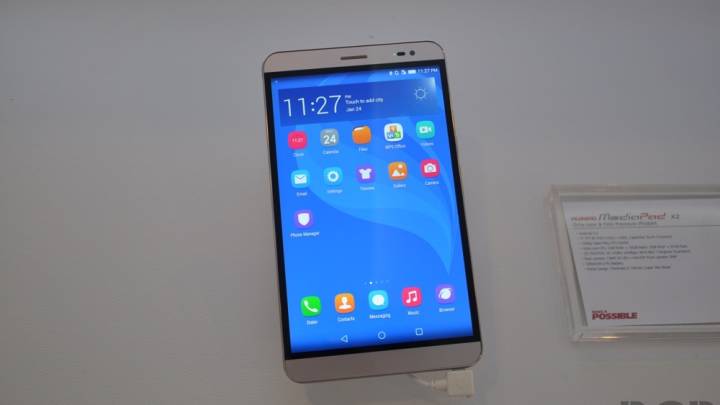 A series of reports originating from China have revealed that Huawei might be one of the companies chosen to build the next Nexus smartphone for Google. Even if that hasn’t been confirmed by either Google or the Chinese company, more reports continue pouring in from the region that have revealed more purported details about the upcoming Google Nexus phone.

FROM EARLIER: Leak: We may have just found out who’s making the next-gen Nexus phone

According to GizmoChina, which quotes Chinese publication Mobile-Dad, the next Nexus smartphone might have a Kirin processor onboard, rather than a Qualcomm top processor.

Kirin chips are also made by Huawei and the Kirin 930 chip rumored for the next Nexus handset is already being used in the impressive Huawei MediaPad X2 phablet (image above) the company unveiled a few days ago at MWC.

The Kirin 930 processor is built on a smaller 16nm process than Qualcomm’s top Snapdragon 810 chip. Just like the Qualcomm chip that will power many flagship handsets and tablets this year, Huawei’s mobile processor is also a 64-bit octa-core beast just like the Snapdragon 810 and should offer impressive performance. The Kirin 930 CPU is clocked at 2.0GHz and can support up to 32-megapixel cameras.

No matter what current Nexus rumors say though, the Nexus 6’s successor will likely only launch in late 2015, so there’s plenty of time for the next Nexus details to change.