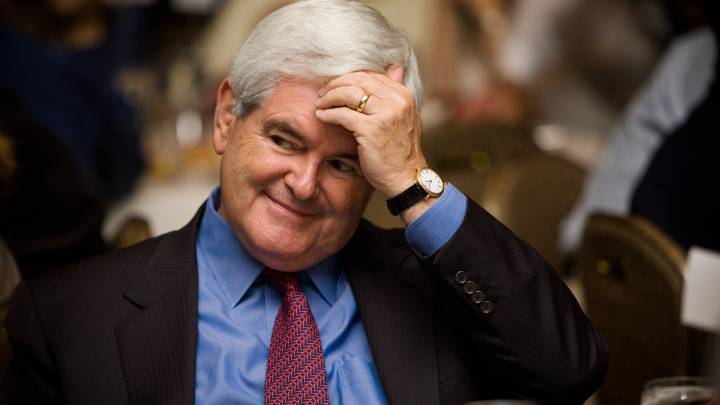 In case you haven’t seen it, Mashable has published a review of the Apple Watch written by former Speaker of the House Newt Gingrich. Many people who thought that this would just be a cheap clickbait gimmick have come away surprised at how smart and insightful Gingrich’s review is about the device. But as a political junkie who has been following Newt’s career ever since he first rose to power when I was a teenager, I’m not surprised by this at all. In fact, gadget reviews are right in his wheelhouse.

FROM EARLIER: German Man Takes Revenge on Ex-Wife by Sawing Everything They Own in Half, Selling It on eBay

Here’s the thing you have to understand about Newt — he’s basically a D&D nerd who somehow rolled a bunch of 20s to become the Speaker of the House. At one point last decade, he was a Top 500 reviewer on Amazon.com who was particularly renowned for his sharp takes on spy novels. He also broke a milestone for dorks everywhere when he became the first major political figure in American history to give an address in the virtual world of Second Life, as you can see in the video below.

Even when Newt is campaigning for president, he’s not afraid to let his geek flag fly. Remember when he shook up the 2012 campaign by promising to have a moon base built by 2020 if he were elected president? Or when his campaign sent out an email that sounded like it was ripped from an unfinished Tolkien novel and warned that America faced “1,000 years of darkness” if he wasn’t elected president?

Or how about when his campaign also sent out an email to reporters that portrayed Newt as a Chosen One Fantasy Savior that America needed to embrace in its time of need? If you don’t remember, it went a little something like this:

Washington cannot tolerate threats from outsiders who might disrupt their comfortable world. The firefight started when the cowardly sensed weakness. They fired timidly at first, then the sheep not wanting to be dropped from the establishment’s cocktail party invite list unloaded their entire clip, firing without taking aim their distortions and falsehoods. Now they are left exposed by their bylines and handles. But surely they had killed him off. This is the way it always worked. A lesser person could not have survived the first few minutes of the onslaught. But out of the billowing smoke and dust of tweets and trivia emerged Gingrich, once again ready to lead those who won’t be intimated by the political elite and are ready to take on the challenges America faces.

The point is, whatever you think of his politics, Newt is a massive nerd of the first order. I cannot think of any other political figure alive in the United States today who is more qualified to moonlight as a gadget reviewer.

Be sure to check out Newt’s full Apple Watch review here.