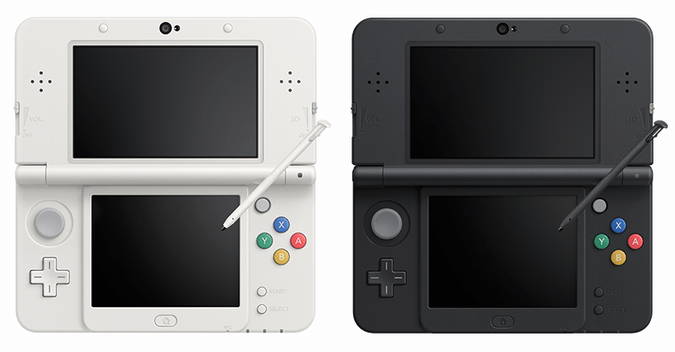 It’s been a trying year for Nintendo as the Wii U struggles to compete with the PS4 and Xbox One, but with the holiday season approaching, the company has a few tricks up its sleeve to entice fans. Unfortunately, those plans do not include an upgraded home console on par with the next-gen system from Microsoft and Sony.

Instead, Nintendo revealed the New Nintendo 3DS during a Japanese Nintendo Direct on Friday. The New Nintendo 3DS and New Nintendo 3DS LL will feature new shoulder buttons, a second analog stick and brightly colored buttons to match the old Super Nintendo controller. The internal hardware has been upgraded as well — with a new CPU, the handheld will be able to play games that the current version of the console can’t, including Xenoblade Chronicles, a game which is being ported to the New 3DS.

Other additions include NFC capability on the bottom touchscreen for the upcoming Amiibo figures and improved 3D on the top screen so you won’t have to stand completely still to get the desired effect.

Nintendo has confirmed the new devices won’t be coming to the United States this year, but consumers in Japan will be able to pick up the New 3DS and the New 3DS XL on October 11th, 2014. You can watch the full Nintendo Direct below.