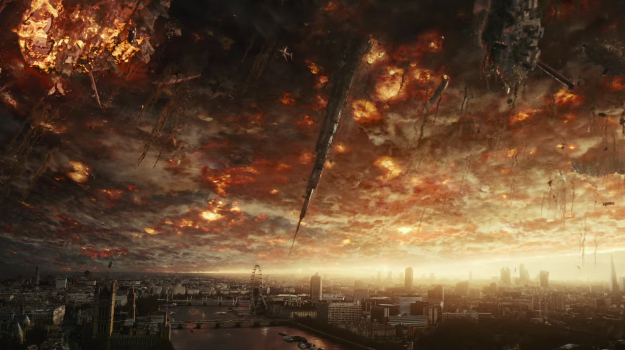 It has been quite a week when it comes to new movie trailers. Sure, the fact that Super Bowl 50 aired last Sunday helped, as most studios came up with some interesting teasers for their upcoming movies. But we’ve got plenty of other new trailers for you to check out as well, so let’s start with all the trailers that were released after the big game.

We’ve seen way too many Batman v. Superman trailers already, but this one is the final one. They promise. And it’s mostly about the bat. Other characters appear as well, of course, and the movie comes out on March 25th.

Color us intrigued by this dystopian love story. The trailer is definitely appealing, and we can’t wait to see what happens next. Too bad we don’t have an actual release date for Equals other than “summer.” The movie stars Kristen Stewart, Nicholas Hoult and Guy Pearce, and Ridley Scott is exec producing.

This looks like a fun movie in the same vein as The Hangover. Mike and Dave Need Wedding Dates. That’s what the movie is about. But Mike (Adame DeVine) and Dave (Zac Efron) will certainly meet their matches, and then some. Enter Anna Kendrick and Aubrey Plaza…

Speaking of dystopian love stories, here’s another one: The Lobster. The movie takes place in a world where you either find your match or you’re doomed to become an animal of your choosing. Launching on March 11th, the movie stars Colin Farrell (the potential future lobster) and Rachel Weisz, among many others.

Frozen meets Snow White meets Maleficent meets Narnia – maybe that’s not exactly what The Huntsman Winter’s War is, but that appears to be the kind of picture this trailer paints. The movie comes out April 22nd and has a stellar cast, including Emily Blunt, Charlize Theron, Jessica Chastain and Chris Hemsworth.

Most people need no introduction to The Purge series. If you haven’t seen the previous movies, then you should know that they’re all horrors about state-organized mass murder. The Purge: Election Year hits theaters on July 1st starring Elizabeth Mitchell and Frank Grillo.

And now, let’s move to the trailers that were shown during this year’s Super Bowl, which we’ve already discussed earlier this week, so we’ll just list the videos.