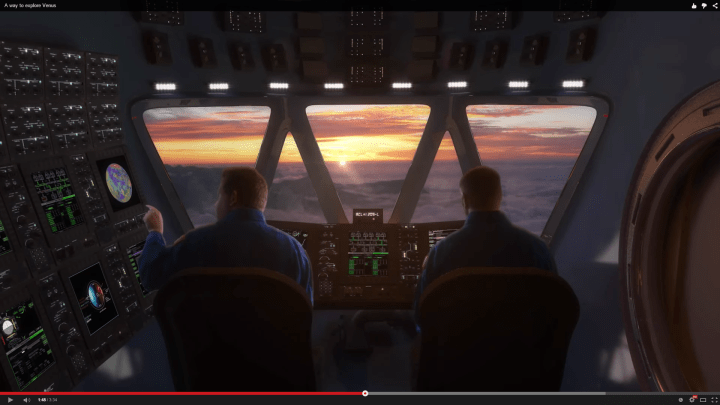 The surface of Venus is not anything close to habitable, since its average surface temperature is around 864 degrees Fahrenheit. But what if we never bothered trying to walk on Venus and instead built a floating city in the clouds that would make Lando Calrissian feel right at home?

That’s one project that NASA engineers are working on right now and it’s not as crazy as you might think. Digital Journal reports that NASA’s “High Altitude Venus Operational Concept or HAVOC project plans to create a city of multiple zeppelins, floating 31 miles up in the Venetian atmosphere at a temperature of 167 degrees Fahrenheit.”

As NASA describes it, the HAVOC is being designed as “a lighter-than-air rocket ship that would help send two astronauts on a 30-day mission to explore the planet’s atmosphere.” NASA also notes that in addition to being designed to handle Venus’s hot temperatures, any exploration vehicle will need to contend with the planet’s “smog-like sulfuric acid-laced atmosphere.”

Check out a video showing off the HAVOC project below.