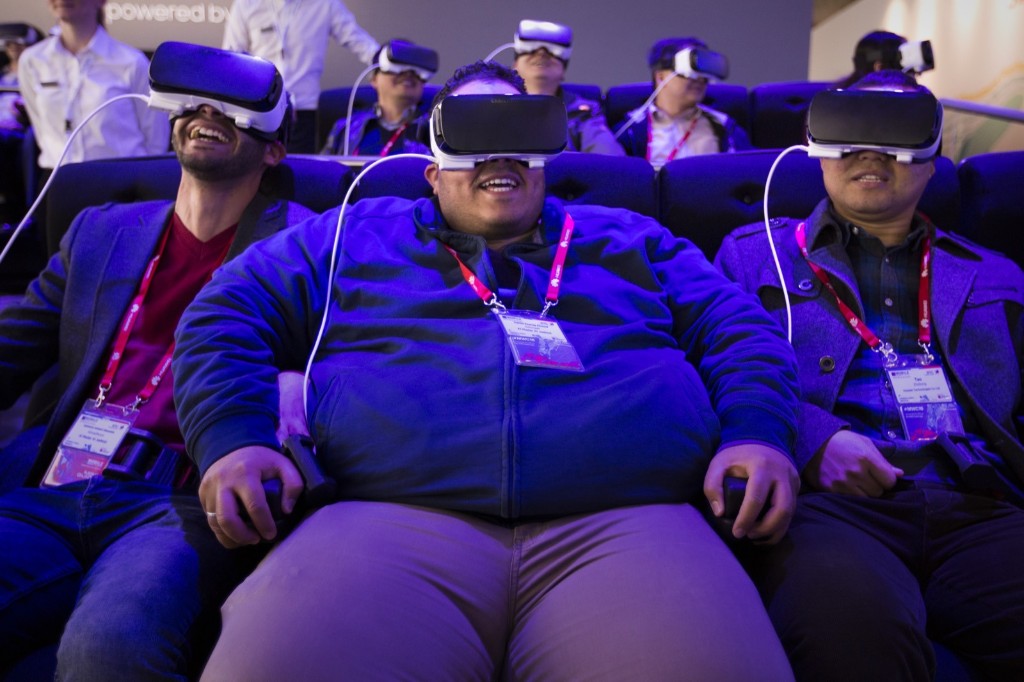 One of the big themes at this year’s Mobile World Congress has been the rise of virtual reality headsets as legitimate consumer gadgets. From Samsung’s Gear VR to HTC’s Vive, we’ve seen a lot of impressive hardware that promises to bring VR to the mainstream.

There’s just one problem with all this amazing technology, however: I don’t want any part of it.

DON’T MISS: NASA is working on tech that could enable trips to Mars in just 3 days

It’s not that I doubt virtual reality is the future and that it will be incredible. It’s more that I know myself well enough to understand that I will become incredibly addicted to it almost instantly.

Look: I’m already addicted to screens. I look at a computer monitor all day because of my job. I obsessively check my phone after hours. I am also capable of playing Fallout 4 for hours on end without knowing where the time has gone. If you gave me the option to strap an entire digital world to my face and go exploring, I’m not sure I’d ever leave.

And this is why I’m so skeptical when I hear Facebook CEO Mark Zuckerberg talking about how VR can become “the most social platform.” Given what I know about how addicted many of us have become to computers and smartphones, I have serious doubts that VR headsets will actually increase our social interaction with other people.

Look at Zuckerberg’s flagship social networking site if you want to understand what I’m getting at. Despite being billed as a way to keep in touch with friends, psychological studies have found that Facebook makes many people feel more depressed and isolated than they otherwise would be. Are we to expect that virtual reality will make us any happier?

Don’t get me wrong, I can see definite use cases for VR. Being able to attend a meeting with coworkers or chat with friends as though you’re in the same room as them is seriously awesome. However, the danger of losing myself to the ultimate tech addiction is so great that I would be wary of using it even for those purposes. I mean, just look again at this picture of Zuckerberg at MWC walking around a bunch of journalists with headsets strapped to their faces:

Does this look like a healthy way to go about life?

Or check out this GIF that went viral on Reddit a couple of days back:

the future is now

If this appeals to you, then more power to you — I will not judge. I just know that I have enough distractions in my life right now and having a display strapped to my face isn’t going make that any better.