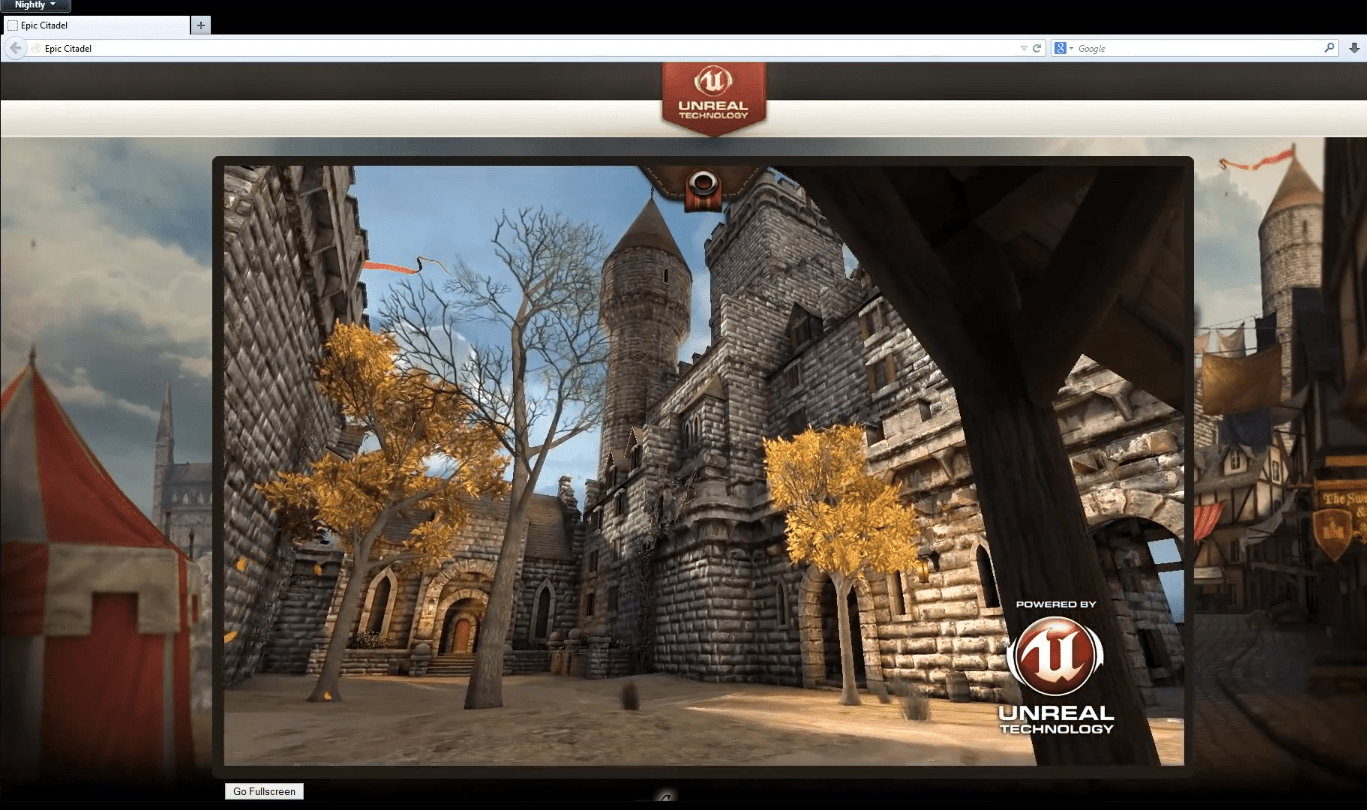 Mozilla is out to show that it wasn’t just blowing smoke when it said it wanted to bring console-quality games directly to your web browser. Per Engadget, Mozilla has posted a demonstration video of Android game Epic Citadel that’s been ported over to Firefox using the Unreal Engine 3. While the video is just a straight scenic walk-through with no combat or interaction with non-player characters, it does show that it’s possible to have high-quality graphics run at a solid frame rate of 16 frames per second within a desktop browser. The Unreal Engine 3 is used to power such A-list games as Bioshock Infinite, Mass Effect 3 and Batman: Arkham City, and porting it to a browser would be a major accomplishment for Mozilla engineers. Mozilla’s full demonstration video is posted below.