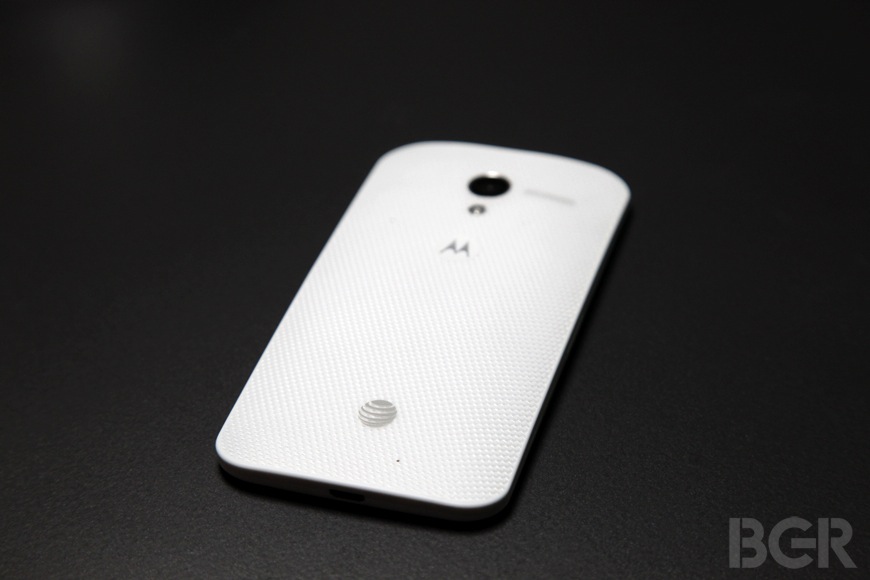 According to Strategy Analytics, Motorola sold 500,000 Moto X handsets in the third quarter. If true, this would be nothing short of a disaster. Just a few years ago, Motorola’s Droid could sell one million units in its launch month alone. Motorola’s competitiveness in its core U.S. market has eroded at a scary speed, while the company has effectively pulled out of growth markets like Brazil and India. This is a problem, because smartphone volume growth in America has dropped to zero.

And now Motorola is trying a comeback in the budget smartphone segment. According to several blogs, the new Moto G model appeared briefly on UK’s Amazon website priced at £160 without a contract. GSMArena claims the Phones4U price is set to be £135. Tesco’s price is pegged at £149.

This entire £135 to £160 price range shows that Motorola remains in the same bind that has kept it losing money hand over fist. This is a company that can no longer compete in the high-end market, but it also does not have the guts or Google’s backing to compete effectively in the low-end market. Among the hottest pre-paid models in the UK right now, Samsung Galaxy Young is £75 at Tesco. Nokia Lumia 510 is £80. Sony Experia E is £90.

The early Moto G prices in the UK market are surreal. There is no room for a £140 or £160 mid-range phone with a 5-megapixel camera and a chunky build. The budget smartphone market is now defined by extreme price pressure and former high-end features crammed into a surprisingly slim chassis. This is not Motorola’s game. The company lost its edge in the budget market even before Google’s takeover shattered the handset product development teams and scrambled the internal organization of the phone unit.

The old Motorola miniaturization magic — what used to define the brand — is gone.

Now Motorola is about to discover yet again that it cannot escape high-end market pressure by moving into the mid-range market. The resurgent Sony and LG handset units are competing very effectively for those consumers who are not being pulled into rock-bottom niche by Huawei, ZTE, Micromax and their ilk. Nokia is selling low-end Lumias at a loss as it scrambles to raise Windows Phone’s market share to double-digits in Europe, Latin America and South-East Asia. This appears to be working.

What on Earth is Google going to do with Motorola’s handset business?