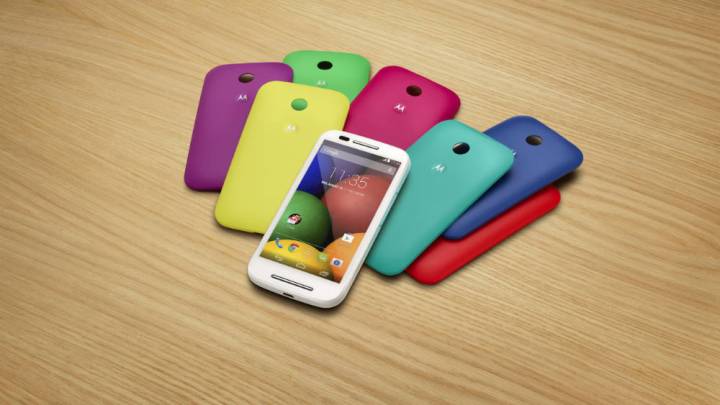 Nokia has launched some more than affordable Android handsets at MWC 2014 in February, but they’re not exactly running an operating system that’s infused with all the Google services Android users expect to find on board. That’s why the Moto E can be considered the cheapest true Android handset, now that it’s official.

Motorola on Tuesday took the wraps of its newest addition to the Moto family of Android smartphones, the Moto E, which was already seen in various reports preceding the event. The Moto E is also the first handset announced after Google sold Motorola to Lenovo.

The phone isn’t a flagship device, and it’s not a mid-range device either. But it’s a handset that’s meant to make it even easier for first-time smartphone buyers to buy one such device and get accustomed to what it can do.

Interestingly, Motorola notes that the phone will receive at least one software update to the current KitKat version in the future.

The Moto E measures 124.38 x 64.8 x 12.3 mm, weighs 142g, and will offer users the ability of personalizing the look of the handset with different Motorola Shells, or interchangeable backs. More than 20 colors will be available, with each one priced at $14.99.

As for price, the Moto E is priced at $129 without a contract, and will be available in more than 40 countries, through more than 80 carrier partners in the following weeks. As Motorola puts it, the Moto E is supposed “made to last,” and “priced for all.”

The phone can already be ordered in the U.S., complete with extra Shells.

A video and an image gallery showing the Moto E follow below.