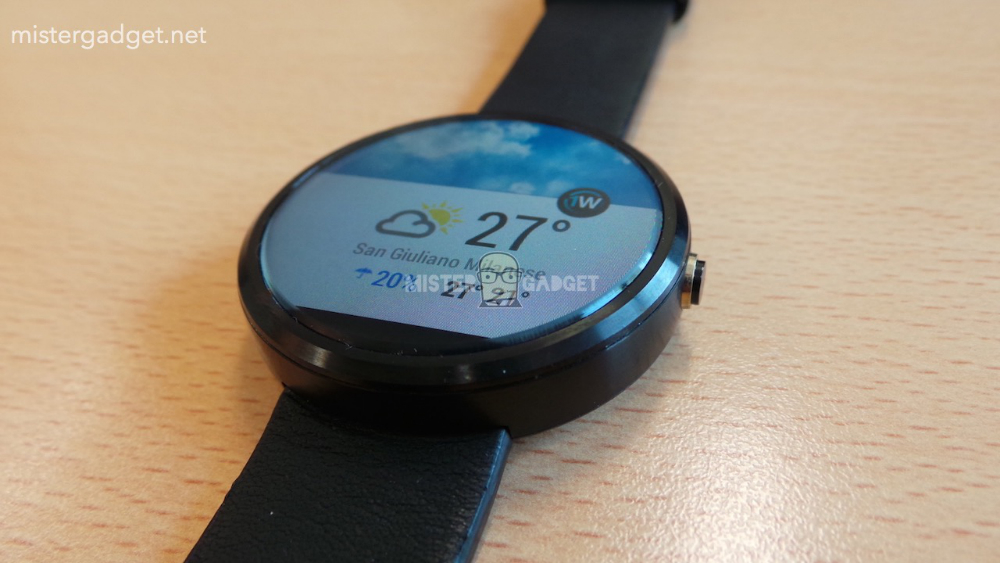 The Moto 360 is one of the highly anticipated smartwatches expected to launch this year, but Motorola is not ready to share details about it. Luckily, Italian publication Mister Gadget managed to score an extensive hands-on experience with the device, revealing several details about it that are yet to be officially acknowledged.

The publication has taken plenty of Moto 360 images, showing the device from various angles that show us the Motorola smartwatch will not be terribly bigger than the LG G Watch, as some reports suggested.

Furthermore, Mister Gadget confirmed the Moto 360 is made of stainless steel, and that the device will have water and dust proof certification (IP67). The smartwatch will come with interchangeable watch bands, with the model in the images sporting a leather band. The device should be available in two versions later this year, including black and silver.

The Moto 360 will also feature a heart rate sensor on the back – a detail that has not been shared so far by Motorola – and it will come with wireless charging abilities. When it comes to battery life, the publication says the Moto 360 is supposed to offer users 2.5 times more life than the G Watch. Thus, the Moto 360 may offer up to 4 days of use on a single charge.

Interestingly, it appears that not all apps that work on square Android Wear devices will necessarily be compatible with round devices and vice-versa.

Images showing the Moto 360 follow below, with more pictures available at the source links.