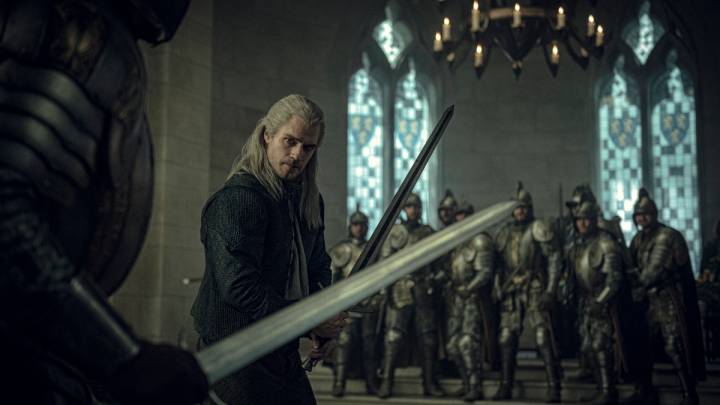 Well, it finally happened. After dominating our lists each week of the most-binged services from the top streaming services, Disney+’s The Mandalorian has finally been bumped off of the #1 spot. The service’s new live-action Star Wars series has been a viral streaming juggernaut ever since its debut in November — but, unfortunately, fans will have to wait until an unspecified date “later this year” for the show’s sophomore season to arrive. Meantime, which streaming series has taken the place of The Mandalorian atop our weekly rankings this week, provided to us once again by the team at streaming search engine Reelgood?

How about a clue: It’s a show about a hero who you’ll definitely want to toss a coin to.

That’s right, The Witcher has overtaken Disney+’s marquee series to be our most-streamed show for the week, based on data shared with us by the team at Reelgood which is derived from studying the activity of the millions of users on its platform. Maybe it’s due to the fact that the success of the show is having a knock-on effect of repopularizing the books the show is based on (as well as The Witcher video games, which aren’t directly connected to the show). According to The Washington Post, the 2015 game The Witcher 3: The Wild Hunt, was once again one of the most-played games on Steam, with more than 91,000 Steam users on a recent afternoon signed on and playing the game.

Speaking of The Witcher video games, here’s a fun fact for you: Did you know the prime minister of Poland (the home country of Witcher author Andrzej Sapkowski) game President Obama the second game in the series as an official state gift during a 2011 visit by the president?

A resurgence in popularity aside for the Witcher book and games, thanks to the Netflix series, it wasn’t the only thing viewers were bingeing the heck out of this week (the data below covers January 3 to January 9) —

HBO’s Watchmen and Netflix’s You continue to remain popular among streaming audiences. As do everything from Stranger Things and Game of Thrones to newer fare like Netflix’s Messiah, which has generated plenty of controversy since its debut. Check out the full list below.