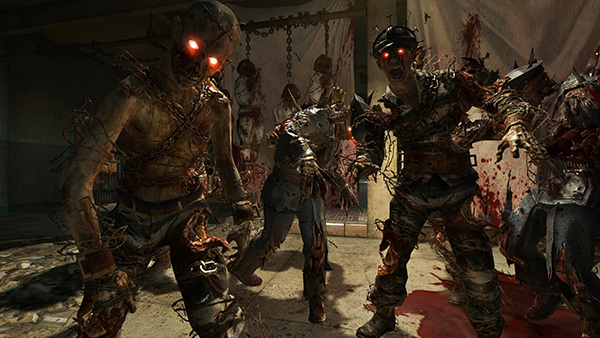 Of all the huge announcements at E3 this year, few received as much fanfare as the addition of backward compatibility on Xbox One. After years of hard work, Microsoft had finally cracked the code. Gamers will finally be able to bring their Xbox 360 libraries to the Xbox One, but there’s one important caveat: compatible games will come in waves.

READ MORE: We can’t stop laughing at this video of a European stuffed into an exploding water balloon

The current selection of backward compatible games is not only relatively small, but also only available to members of the Xbox Preview program. The rest of us will have to wait until the fall to join in, but in the meantime, we can all help let Microsoft know which games we want to be made available first by voting in the poll on the company’s website.

As GameSpot pointed out on Wednesday, Red Dead Redemption immediately climbed to the top of the ladder after the poll went online, but in the proceeding weeks, Black Ops II has taken the top spot. As a huge fan of both Red Dead Redemption and (most of) the Call of Duty series, I find this baffling. We’re getting a new Call of Duty in November! And it’s Black Ops III!

Personal feelings aside, hundreds of thousands of votes have been tallied since the poll went live, and as of right now, these are the top 20 Xbox 360 games that Xbox One owners can’t wait to replay:

Microsoft isn’t making any promises about which of these games will become backward compatible, but the higher they are on the list, the higher a priority it becomes to get them on the Xbox One. Be sure to cast a vote if you’re invested in the future of 360 games on Xbox One at Microsoft’s website.