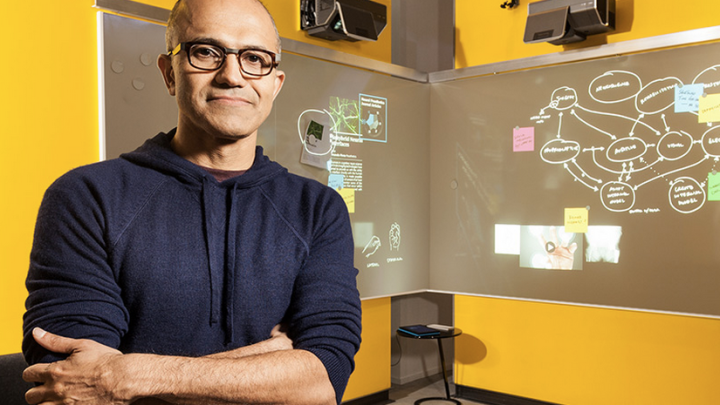 “I have no intent to do anything different with Xbox than we are doing today,” Nadella said at the Code Conference. Microsoft has recently acknowledged that its Xbox One with built-in Kinect sensor bundle wasn’t what many potential buyers may have wanted, and announced that a cheaper Kinect-less Xbox One version will start selling in stores soon to better compete against Sony’s PlayStation 4.

The Xbox is a major part of Microsoft, Nadella said, but the company will continue to look for the next big thing.

As for Bing, Nadella denied that it plans to sell the search business. “I say it’s very important technology,” Nadella said. “We are very happy to partner with Yahoo, and not selling it.”

The CEO said that Bing accounts for 30% of the search market, including Yahoo search, which would be comparable to Apple’s iPhone share in the smartphone business, if you were to imagine Bing as a player in that business – by itself, Bing accounts for 18% of a market dominated by Google.

Microsoft’s search may become more and more important in the future for other products developed by the company, including the Cortana virtual assistant that’s available on Windows Phone 8.1 devices, which relies on search to deliver certain information to users.

Highlights from the Code Conference interview with Nadella follows on video below.