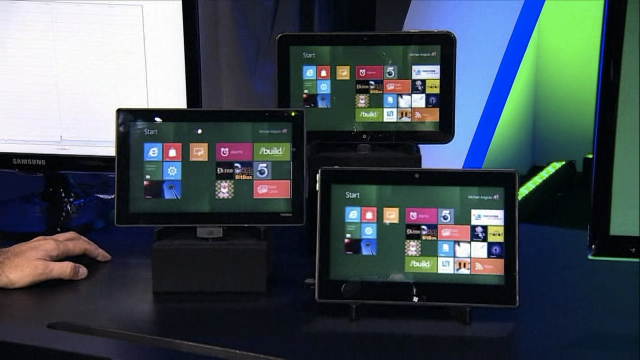 Tablets based on Microsoft’s Windows 8 and Windows RT operating systems have struggled to gain traction so far and Paul Thurrott of the Supersite for Windows says there’s a very simple explanation for this: The first generation of Windows tablets just isn’t very good. To be clear, Thurrott says that there are several touch screen Windows 8 PCs and ultrabooks that are very worthy of users’ time and that shouldn’t be overlooked. But when it comes to pure tablets, he deems that every single one is “simply to flawed to recommend” to anyone interested in buying one.

“Looking around my own office, this is what I see,” Thurrott explains. “A Surface RT that is beautiful and light and gets great battery life but is worthless and frustrating in use because of its horrible performance. A Surface Pro that is thick and heavy and gets only 4.5 hours of battery life while providing the weird combination of a small screen with a very high resolution. A Samsung ATIV Smart PC 500T (Clover Trail based) that would be laughable from a performance perspective if it weren’t for that Surface RT. (Actually, it’s still terrible.) That 700T that won’t charge anymore unless I plug the power cord into the tablet itself … which, wait for it, you can’t do while the keyboard is connected.”

Of course, the first round of Android-based tablets were similarly lackluster when compared with Apple’s iPad, so it’s not as though Windows 8 is doomed as a tablet operating system. It does suggest, however, that Microsoft and its OEM partners will need to put a lot of effort into adding better performance and value to their tablets, similar to how Nokia has tried to make Windows Phone 8 seem more cutting-edge with the inclusion of its industry-best 41-megapixel smartphone camera in the Lumia 1020.

Thurrott is optimistic that the next generation of Windows tablets will be a major improvement over the current generation since improvements to both hardware and software will make the devices more palatable for consumers.

“Things are going to get better,” he concludes. “Intel’s new generation Core processors, codenamed Haswell, appear to have solved the battery life issue. And Windows 8.1 appears to solve many of the issues users have highlighted in Windows 8, such as desktop display scaling. Both of these improvements suggest to me that waiting is in order, as Haswell- and Windows 8.1-based tablets will be plentiful in just a few months.”