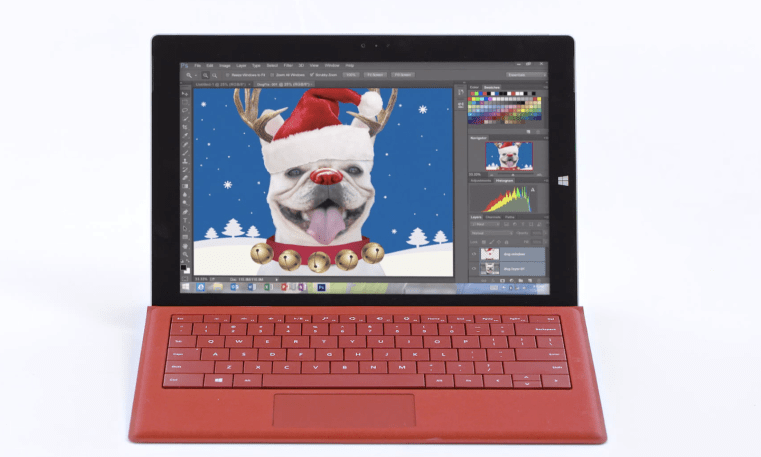 Microsoft has made a lot of improvements to its Surface tablets ever since they launched in 2012. However, the marketing for the device has remained criminally awful and the ad that popped up on my TV during football yesterday might have been the single most annoying ad ever made by anyone.

I’ve seen ads before that have made me want to turn off my TV or even throw something at it. But this ad made me want to fire rocket-propelled grenades at my television until it was a heap of ash. If you have the guts to watch it yourself, here it is:

Yes, Microsoft thought it was a good idea to have a bunch of people singing (very badly) about the Surface Pro 3 to the tune of “Winter Wonderland” and highlighting the device’s kickstand that literally no one cares about at this point.

I bring this up because I think the Surface Pro 3 deserves a lot better than the marketing it’s been given. While Microsoft has thankfully stopped showing us videos of people beatboxing with its flagship tablet, the company is still making some awful ads like the one above that make people less likely to buy the product simply because they’re so annoyed by what they see and hear on the television.

How is it possible that a company with as many resources as Microsoft can be so completely inept at marketing? When you consider all of the failed product placement attempts for the Surface alongside all of the cringe-inducing TV ads, you have to ask yourself where is the accountability? Microsoft has lost $1.7 billion trying to make the Surface a hit and yet the company is still employing the same failed strategies to sell the device again and again.

None of this is to say that better marketing would make the Surface into a world-beating hit — after all, Samsung’s sales have declined this year despite having consistently excellent overall marketing. But by burdening its products with some of the most annoying ads of all time, Microsoft isn’t even giving them a chance.