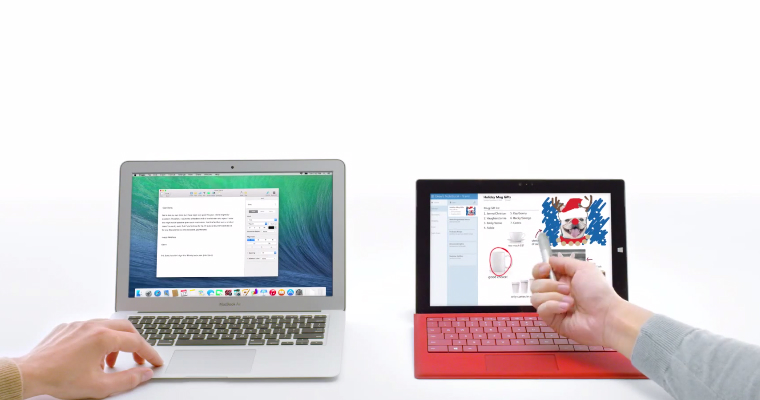 FROM EARLIER: Microsoft realizes the Surface will never beat the iPad, goes after the MacBook Air instead

The ad is basically a Microsoft Winter Wonderland spot meant to convince computer buyers that a Surface Pro 3 might be the better choice for users this holiday season. The company’s latest Surface model, which has been selling rather well according to recent reports, has a touchscreen display, a built-in stand, a USB port, and can be removed from its keyboard dock to be used in tablet mode.