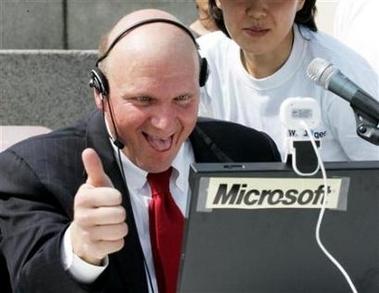 It’s not hard to find critics of the American patent system, especially if they’re judges who feel overloaded with patent lawsuits. But Microsoft (MSFT) sees things somewhat differently, which isn’t that surprising considering it has an enormous portfolio of more than 31,000 U.S. and international patents. Wired this week caught up Microsoft chief patent counsel Bart Eppenauer, who told the publication that although “there are areas for improvement in the patent system… this doesn’t mean you need, at least from our point of view, some sort of radical overhaul of the system or a complete change in the approach to certain technologies.”

As Wired notes, Microsoft itself has been the target of non-practicing entities (aka, patent trolls) recently, so it’s not as though the company is unaware of issues that companies such as Cisco (CSCO) have complained about. But the benefits Microsoft reaps from its massive patent portfolio significantly outweigh the headaches it receives from frivolous patent litigation, meaning the company is understandably not eager to disrupt the current system for protecting intellectual property.

“When you enter a period where there are a lot of different technologies that are converging, with many different competitors and companies with stakes in that, you’re going to have a period of time where people are sorting things out,” Eppenauer told Wired. “In the end, it will, essentially, move forward and settle out and people will innovate… The long-term view is that all this is very beneficial.”