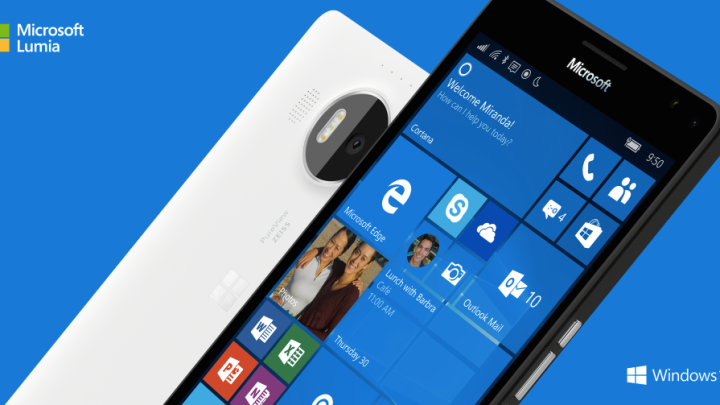 It’s taken Microsoft more than two years but Windows Phone finally has new flagship devices. Microsoft on Tuesday unveiled its new family of Lumia 950 devices, the first flagship Lumias we’ve seen since the launch of the Lumia 1020 and Lumia 1520 in 2013. The new phones will be called the Lumia 950 and 950 XL, as earlier leaks indicated.

MORE MICROSOFT: Windows 10 is a massive hit, now on more than 100 million devices

One of the features Microsoft touted with the new devices was the Glance Screen technology that offers you important information automatically whenever you pull your phone out of your pocket and doesn’t require you to log in. The new Lumias both have 20-megapixel rear-facing cameras with a triple RGB flash that Microsoft says eliminates red eye. The cameras also have optical image stabilization that will help it take better photos in low-light settings.

The Lumia phones also feature USB Type-C connectors that allow for faster charging and other key features, just like both the iPhone 6s and Google’s new Nexus devices. The new Lumias start with a baseline of 32GB of storage and have support for microSD cards that can add up to 256GB of additional storage.

The other big feature that Microsoft unveiled with its new Lumias is something called Continuum that lets you plug your phone into a dock and use it as a PC. While this is something we first saw with the Motorola Atrix several years ago, the hardware on the new Lumias makes it much more feasible to use as a full PC. You can use Continuum by plugging the Lumia into a Microsoft display dock via an HDMI cable that connects it to a monitor. The dock also features three USB ports for additional accessories.

Both new devices will go on sale starting in November. The Lumia 950 will sell starting at $550 and the Lumia 950 XL will start selling at $650.