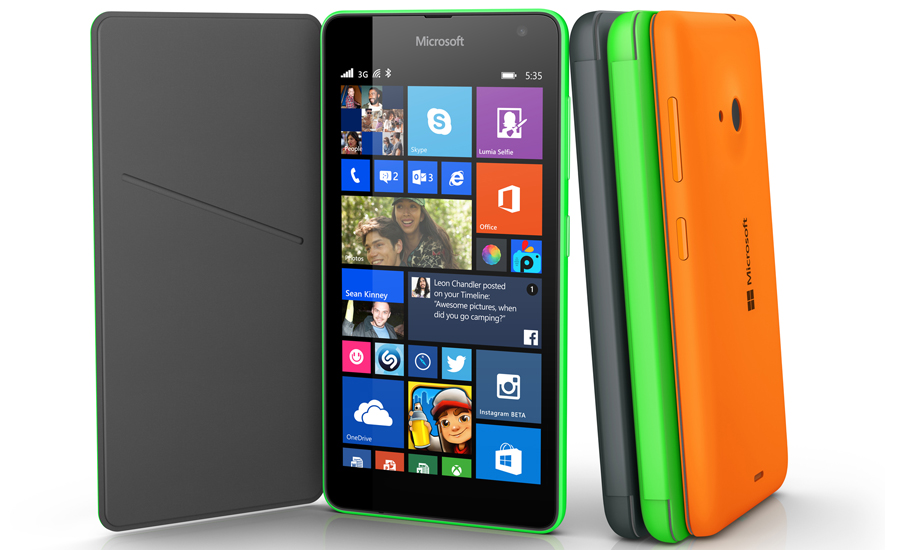 Just as previously teased, Microsoft on Tuesday announced the first Windows Phone smartphone that doesn’t have Nokia branding, the Microsoft Lumia 535. And just as previous reports suggested, the first Microsoft Lumia phone isn’t a flagship device. Instead, the handset offers mid-range specs and will be quite affordable when it launches later this month.

The Lumia 535 will ship with Windows Phone 8.1 on board, and pack a 5-inch qHD display, 1.2GHz quad-core processor, 1GB of RAM, 8GB of storage, microSD support, 5-megapixel rear-facing camera and a wide-angle 5-megapixel front-facing camera. A Lumia 535 Dual SIM version will also be available in certain markets. Users will also get the Office suite of apps pre-installed on the device, and will have access to 15GB of free OneDrive cloud storage.

The Lumia 535 also comes with a special “5x5x5” marketing message. “Lumia 535 comes with our ‘5x5x5’ proposition,” Microsoft corporate vice president for Phones Jo Harlow said. “Innovation should be available to everyone, and we are doing this through the very best integrated Microsoft services included and out of the box, a 5MP wide-angle front-facing camera, and a spacious 5-inch qHD screen — all at an affordable price.”

The phone will launch in “key markets” in November, and it’ll be available in a variety of colors, with official prices starting at around €110 (around $137).

A promo video showing the handset follows below.