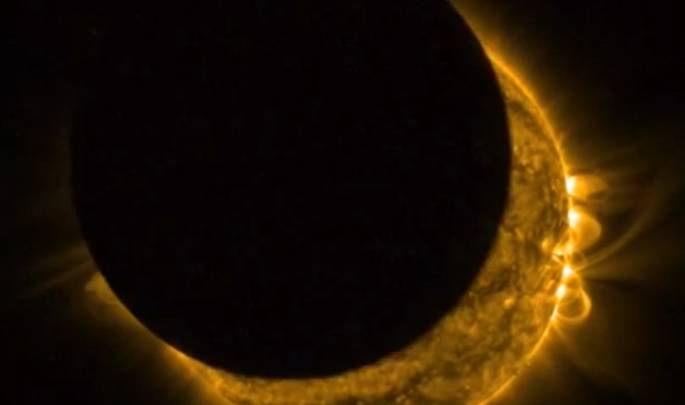 The total eclipse of the sun came and went on Friday morning, though many people were out of luck when it came to actually enjoying the rare show. Cloudy skies ruined the experience for many, though there were places where the solar eclipse was clearly visible, with certain TV networks even broadcasting it live. However, the best look at the March 20th total solar eclipse comes from the European Space Agency, which used a satellite to capture stunning footage of the spectacle.

The satellite in question is called Proba-2, CNET reports, and its sole purpose is to monitor the sun. First launched into orbit in November 2009, the satellite used a special “sun watcher using APS detectors and image processing” to record the eclipse.

The camera sees the giant star in an extreme ultraviolet spectrum of light that lets scientists check out the sun’s corona. That’s why the resulting video showing the entire eclipse is probably the best you’ll see, especially if you weren’t able to enjoy it live, as it happened.

The brief 12-second video captured by Proba-2 follows below.