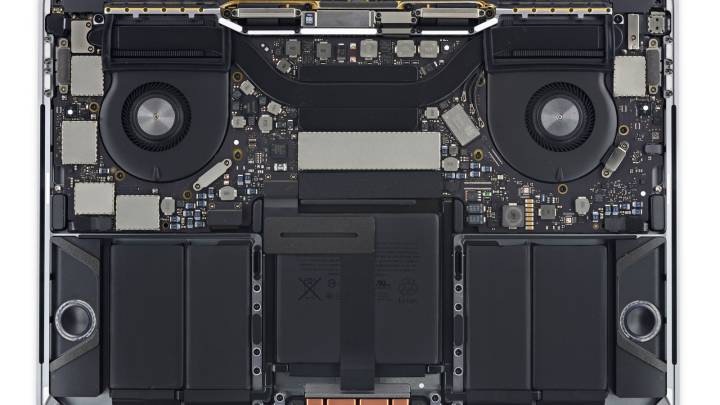 I know what you’re thinking: you can tell pretty easily which MacBook Pro you have, depending on whether it has a fancy-ass touchscreen instead of function keys. But it’s not just about keyboards and ports: while the two new MacBook Pros might look alike, underneath they’re both very special individual snowflakes.

As is customary, iFixit wasted no time in tearing apart both of the new MacBook Pros. A quick recap: the teardown of the non-Touch Bar MacBook Pro revealed little different from the previous generation of MacBook Pro, other than the back is harder to remove, and while the SSD is still removable, it’s also proprietary and requires a custom (read: expensive) replacement.

Overall, iFixit gave that machine a repairability score of 2/10, otherwise known as “plz try not to break it.” So how does the more expensive machine fare?

One of these things is not like the other #MacBookPro https://t.co/VOtEVdZOm6 pic.twitter.com/H4ssgH5OPh

Not well, unsurprisingly. The Touch Bar version has all of the same flaws as the cheaper version, but worse. That removable SSD is gone, and the chip is now soldered to the logic board, as are the RAM and processor. The battery is solidly glued in, so that’s going to be a tough replacement. And, even worse, the Touch ID sensor doubles as the power switch, so one faulty button might require replacement of the entire logic board.

None of those things sound cheap, so if you’re on the fence about the new MacBook Pro, you might want to consider an AppleCare plan, or another laptop altogether.