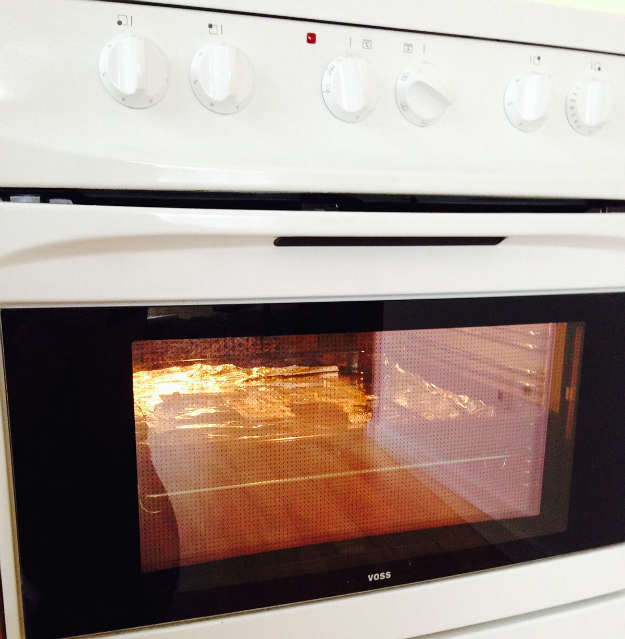 Faced with the “Mac equivalent of the Blue Screen of Death” situation – a MacBook failing to boot and showing a blue screen only – a developer decided to resort to extreme measures to try to bring his MacBook Pro back from the dead: cook it at 170 degrees for precisely seven minutes. Ales Kocjancic, founder of Live Systems wrote on his blog that he followed an extremely simple recipe to bring back his Mac from the dead since he didn’t have any AppleCare and other fixes around the web proved to be useless.

The three simple ingredients required for success are a “freshly broken MacBook,” “lack of AppleCare,” and “lack of care.”

Kocjancic admitted he had successfully tried the trick before, although that doesn’t mean baking a Macbook’s logic board in an oven is a simple solution to all Macbook-related problems. What the developer attempted, and successfully managed to achieve, was apparently to rework some connections on the logic board with the help of heat.

“The basic idea behind it is that your MacBook’s system has failed because of broken connections in the logic board,” Business Insider writes. “By heating up the whole board, you liquefy the solder joints that broke and they cool back in place once you take it out of the oven.”

After heating the logic board for seven minutes, Kocjancic let it cool off and then proceeded to reassembling his machine. The developer says that similar behavior may develop in the future, and the fix is “mostly temporary.”

BGR advises readers not to try such tricks at home, and by all means not to insert any computer components into a microwave in an attempt to speed things up.

Images showing the MacBook before and after the oven cook off follow below.