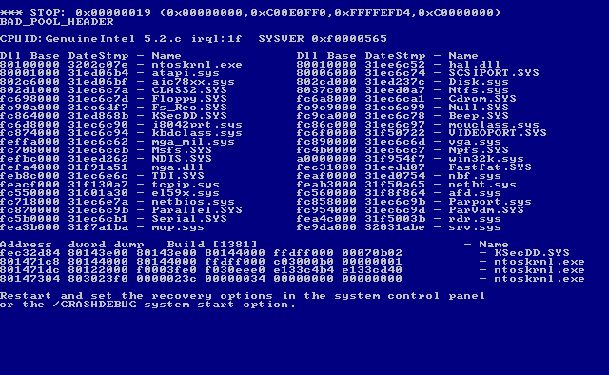 The “blue screen of death” that signifies a system failure has historically characterized Microsoft’s Windows operating system as much as the windows-based user interface itself. Seeing the dreaded “BSOD” meant you had undoubtedly just lost whatever work was being done at the time, and a reboot was the only way out. Catastrophic failures that brought on the BSOD used to be fairly regular occurrences in Windows, however the dreaded blue screen has made itself much more scarce in recent years. According to a recent report from ZDNet, this is a direct result of Microsoft’s hard work to identify the various causes of these system crashes and stamp them out.

ZDNet reports that Microsoft has put a tremendous amount of time and effort into identifying the rogue code that has caused blue screen crashes in the past so that the company could address the issues and prevent them in more recent software releases like Windows 8. The company analyzed a massive number of crash reports from Windows XP over the years and found that 85% of BSOD crashes resulted from issues with Windows XP device drivers.

“There’s an exponentially growing number of device drivers in the ecosystem and they’re written typically not by Microsoft but by our partners,” Microsoft Research Lab’s principal researcher Byron Cook said during a recent presentation. “There are a number of rules that these systems must adhere to, otherwise the whole system is going to crash.”

The report goes on to detail how Microsoft researchers attacked the issue using a program they wrote called “Terminator,” which helped identify and eliminate various bugs that were leading to BSOD crashes. It’s an interesting read and it is linked below in our source section.