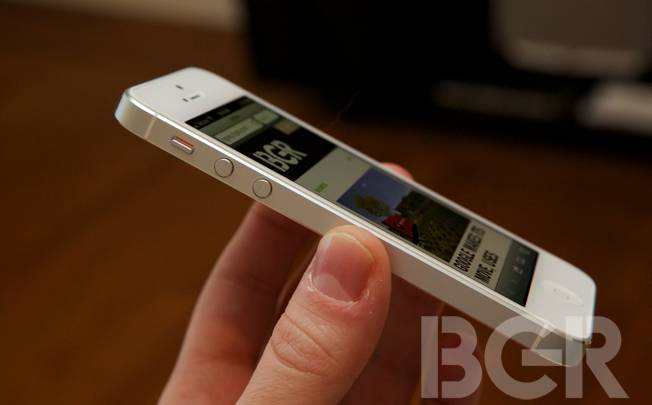 At least five independent reports over the past week have claimed that Apple (AAPL) has a new less expensive iPhone model in the works. By all accounts, the new smartphone model will feature a redesigned exterior, a new screen — perhaps smaller than the iPhone 5’s current display, perhaps larger — and a retail price that could reach as low as $99. There is no question that a cheaper iPhone would extend Apple’s reach in the global smartphone market, but according to TheStreet’s Rocco Pendola, this is “absolutely awful news” for Apple.

Pendola writes that if the rumors are true as they have been reported, it would be cause for investors to “freak out.” He’s not sure this will be the case though, noting that early iPad mini rumors were way off and history may be repeating itself.

“The details of the rumor might not be true. We have been through this before with iPad mini. Most people expected it to cost less than it does. Some even predicted it would be of lower quality than a traditional iPad,” Pendola wrote. “Not so.”

He continued, “[The iPad mini is] a high-quality, premium-priced device and it’s selling well. Other than screen size and display quality, there’s no telling one iPad from the other. Big win for Apple.”

If the rumors are accurate and Apple releases a low-end smartphone at the prices suggested, Pendola says it will indeed be bad news for Apple, but not in the short-term.

“If the rumor plays out as the WSJ projects, this is not good long-term news, but that doesn’t matter in the near term,” he wrote. “Apple will sell millions of units. It will chew up and spit out the low-end smartphone category and increase market share in a major way. As such, Apple’s six-to-24-month outlook looks pretty good as long as the competition stays CES, Google (GOOG) and Microsoft (MSFT) weak.”