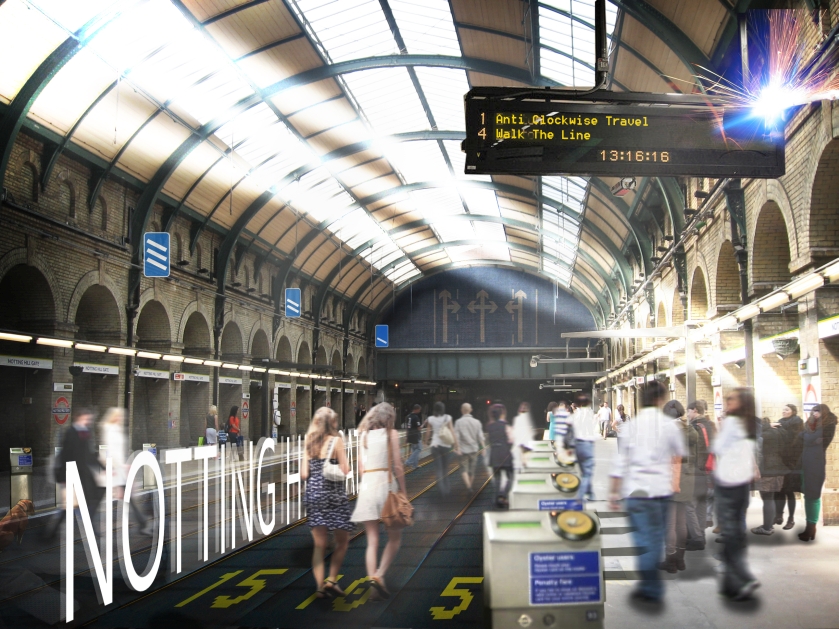 Some architects are actually toying with a crazy idea for fixing London’s subway – and any other tube for that matter – and that’s replacing trains with high-speed moving sidewalks.

Architecture company NBBJ thinks it can replace the 17-mile Circle Line loop running beneath central London with a moving sidewalk that would have three lanes, with the slowest moving at around 3 miles per hour and the fastest track moving at about 15 miles per hour right in the middle. The line carries some 114 million people each year.

“Currently able to accommodate eight trains at any one time and reach a top speed of 20 miles per hour, the line is one of the most congested in London, often subject to delays and frequently unpleasant for overheated commuters,” the NBBJ said.

Such a continuously moving sidewalk would let you jump on and off it at any given time, and should prevent rush hour traffic issues, as commuters wouldn’t have to wait for trains. Instead, they’d just take the sidewalk towards their next destination.

While the idea seems fun in practice, there are also challenges regarding the safety of other travellers, considering the different speeds at which various sidewalks would move.

The other problem with this idea is that the Circle Line would likely have to ditch trains to accommodate this particular travel system, which might be problematic for the other subway lines that share track with the Circle line.