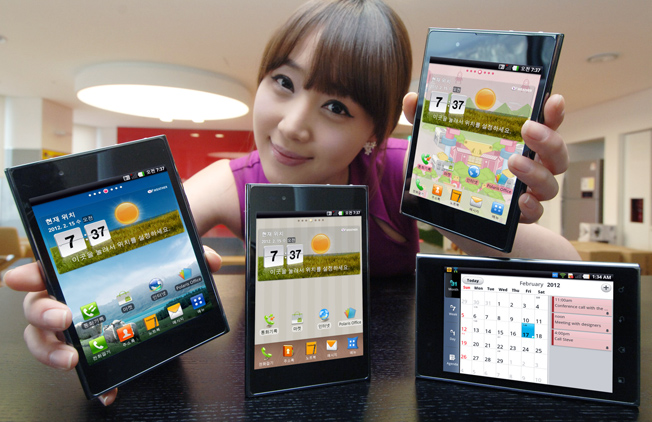 It looks like LG (066570) is starting to get its mojo back. Yonhap News reports that new data from Hong Kong-based Counterpoint Research shows that LG has climbed over Apple (AAPL) to become the second-largest handset vendor in the United States. Counterpoint’s numbers, which include sales of both feature phones and smartphones, show that LG had a 13% market share in the U.S. this past December, while Apple had a 12% share. Both companies still significantly trailed Samsung (005930), however, which dominated the American handset market with a 33% share in December. Counterpoint said that LG benefited from strong holiday sales of its Optimus G smartphone, which the company has set up as a competitor with Samsung’s hit Galaxy S III line.