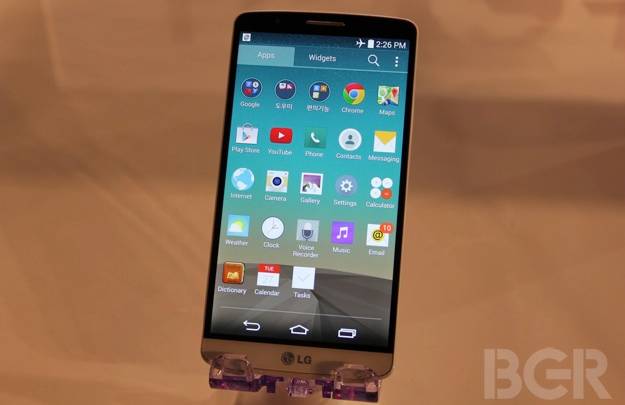 Verizon customers won’t have to wait much longer to get their hands on one of the best looking Android phones of the year as the carrier revealed on Thursday that the LG G3 will be available starting July 17th. If you’re already sold on the latest LG flagship, you can preorder the G3 right now on Verizon’s website.

For a limited time, Verizon customers can preorder the G3 in either Metallic Black or Silk White for just $99 on any new 2-year contract, a full $100 cheaper than its AT&T counterpart. The LG G Watch is also now available from Verizon online for $229.99 and will hit store shelves on the 17th alongside the G3.

“With the LG G3 and LG G Watch, LG Mobile is redefining what that mobile experience should look like with smart technologies that bring relevant information to people when they need it most,” said Morris Lee, senior vice president at LG MobileComm. “As the all-new G3 comes fresh on the heels of our continued success with Optimus G, G2 and G Pad, more and more consumers are walking into network provider stores and national retail outlets asking for LG mobile devices.”

We got our first look at Verizon’s G3 earlier in the week when @evleaks published a picture featuring the smartphone on each of the four main U.S. carriers.