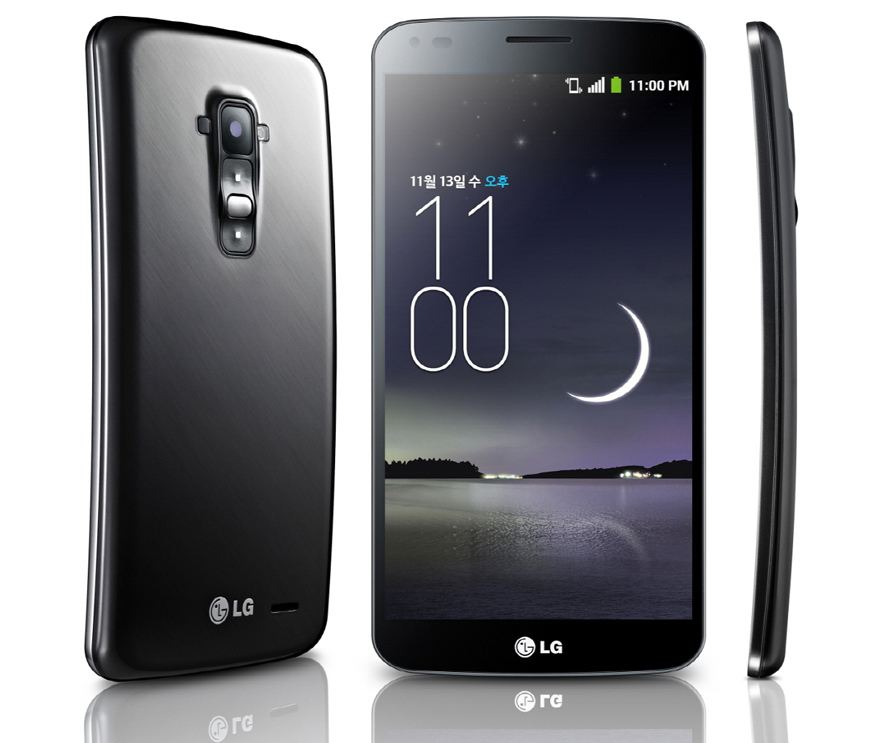 LG’s second banana phone will be more than just a banana phone. We have already discussed why the first round of smartphones that utilize flexible displays isn’t terribly impressive, but LG’s second phone with a flexible panel will reportedly be a completely different story. According to a report from ZDNet Korea, LG is currently developing a sequel to its G Flex smartphone that won’t just sport a slight curve, the entire device will be bendable. The report states that LG’s upcoming flexible phone will bend up to 90 degrees without breaking, and it will represent an important step on the road to smartphones that are completely foldable. LG’s bendable G Flex sequel will debut sometime in 2014 ahead of any similar offering Samsung might be working on, according to the report.