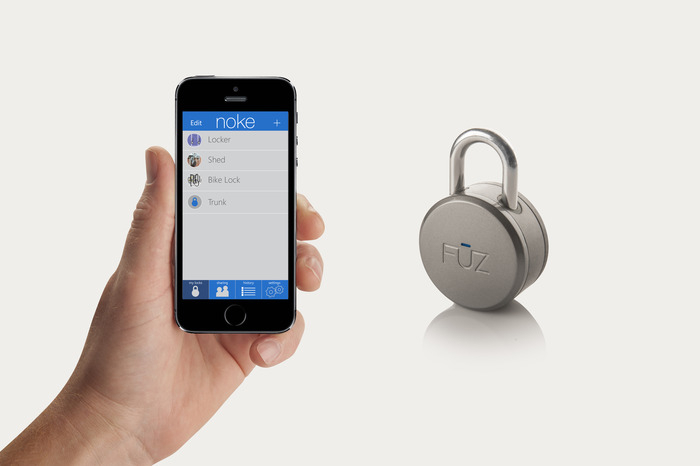 The Noke – pronounced “no key” – is a brand new project seeking funds on Kickstarter, a smart Bluetooth-enabled padlock that’s apparently designed to help you ditch keys and combinations and adapt to the 21st century. Fuz Designs, the company behind Noke, is looking to raise $100,000 to make the Noke a real product and has already received over $15,000 in pledges from interested buyers with 30 days left in the campaign.

Unsurprisingly, the Noke is supposed to work with smart devices such as smartphones and will simply unlock itself with a simple press once it detects that the device you’re carrying has a special unlock code stored on it.

The Noke is water resistant and has a user-replaceable battery that lasts more than a year – running out of battery juice may be the only problem this padlock may encounter.

Even more interesting, the Noke padlock can be unlocked even without a smartphone present, or when the phone’s battery is dead, by simply pressing the appropriate Morse code-based click combination.

A Noke costs $59 on Kickstarter (with a special Noke bike cable priced at $20), and should ship at some point in February 2015 – that’s $30 off the future retail price.

A video showing this smart padlock in action follows below.