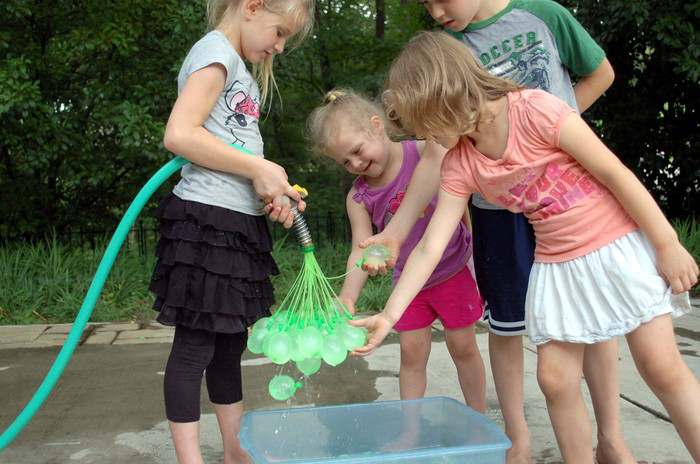 A new, interesting product is taking Kickstarter by storm – Tinnuss Enterprises’ Bunch O Balloons, which has already raised well over $600,000 with 23 days left in the campaign, or more than 60 times its initial funding goal. The purpose of Bunch of Balloons is quite simple: allow kids to quickly fill up lots of balloons with water, so they can truly have fun instead of spending so much time filling them up with water.

The Bunch O Balloons contraption has a hose attachment that’s linked to many tiny balloons which fill up with water almost simultaneously. Each Bunch O Balloons kit lets users fill up 37 balloons at the same time, and the ingenious tool will fill up to 100 water balloons in under a minute.

Interested backers can order their Bunch O Balloons packs on Kickstarter for $17, but, unfortunately for them, they’ll only ship in September 2015. Lucky backers who were able to go for the early bird pledges (starting at $15) that aren’t available anymore will get their balloons at some point this year.

By April 2015, Tinnuss Enterprises wants to set up an automated line that can mass-produce 20,000 packs per day (or 2 million balloons), at which point users should have an easier time getting their Bunch O Balloons orders in.

A video showing this invention in action follows below.