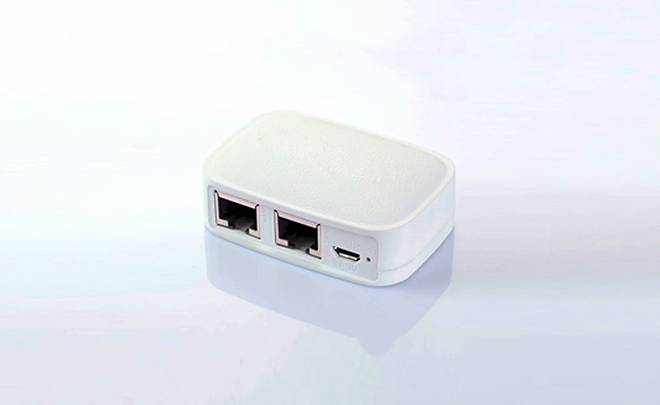 Anonabox is a tiny Wi-Fi router that’s supposed to bring Tor-grade encryption to all online activity performed on a computer connecting to the Internet through the device. The gadget has already taken Kickstarter by storm, raising well over $500,000 in just a couple of days from more than 7,700 backers, thus significantly topping its original $7,500 goal. However, the device appears to be a huge hoax, as its creator is simply showing off a gadget on Kickstarter that’s identical to a regular Wi-Fi router that’s already sold on Alibaba for around $20, failing to explain the similarities in a professional manner.

FROM EARLIER: Meet Anonabox, the tiny WiFi router that can anonymize everything you do online

The WT3020A sold by Alibaba appears to be a dumb “multi protocol mini Wi-Fi router” that has no encryption powers whatsoever.

Meanwhile, the Anonabox creator, August Germar, is charging at least $45 for an Anonabox device that’s also supposed to provide encryption. However, the WT3020A model number can easily be seen on the Anonabox images Germar has provided thus far.

Considering the design similarities between the Anonabox and the WT3020A, doubts have been cast on the entire project, which could turn out to be a scam.

Germar took to Reddit on Wednesday to host an ask-me-anything (AMA) session about the Anonabox, But the session, which was meant to promote the hugely popular Kickstarter project, backfired.

Many savvy users have asked him to explain the design similarities between the products, which suggest the Anonabox isn’t the device it was believed to be. The same kind of remarks can be found on the project’s Kickstarter listing as well. Germar, however, failed to explain his Kickstarter claims, where he said his company was designing the Anonabox device “in extremely small batches for friends and volunteers,” in his garage.

Sure, Germar’s WT3020A version may indeed have Tor-like powers, but that too should be questioned considering the developer appears to have been caught lying about the way the product was designed. Or maybe he just wasn’t able to properly address the concerns of many existing and potential backers.

Like with all Kickstarter projects — and scams have been discovered in the past as well — backers should make sure they know everything they can about Anonabox before submitting their pledges, and at this point it looks like there are many reasons not to trust this particular project.

An image showing Alibaba’s listing for the cheap WT3020A router, which some said during the AMA is a clone of TP Link’s TL-MR3020 router, follows below.