JiveTalk is a big hit

For those of you that don’t know, JiveTalk is pretty much the only solution for anyone looking to use popular Instant Messaging networks on their BlackBerrys. Not to say that there are not other software products for the BlackBerry, but JiveTalk rocks! They even trump RIM’s horrible attempt at IM, specifically AIM. I was lucky enough to incessantly bother one of the creators to add a file transfer capability, and boy did it pay off. You can literally send MP3s back and forth from either your BlackBerry to a desktop computer, or BlackBerry to BlackBerry. This is all using AIM and JiveTalk. They went for the quick, reliable, and simple approach to their software. Combine that with a great layout, super reliable connection (I’ve been logged on for weeks, I swear) and amazing developers, and you’ve got a real functional AIM/MSN/GTalk/Yahoo/Jabber client. The new release with the aforementioned file transfer capabilities should be available as a public preview starting later this evening. JiveTalk also has plans to release their popular software to other devices like Windows Mobile, Symbian UIQ, and have whispered that they’re actively looking at supporting the Apple iPhone. Let us know how you like the software, and click on to check out some screen shots of the new version! 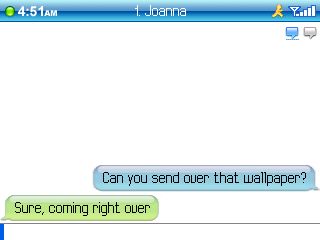 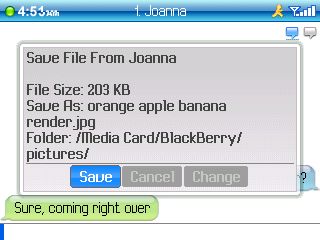 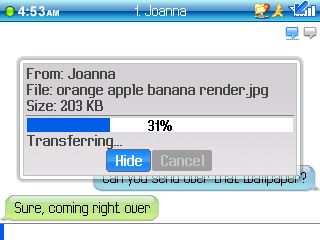 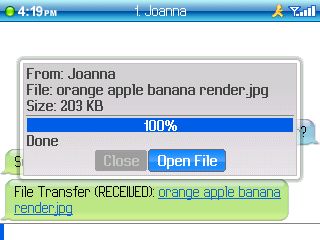 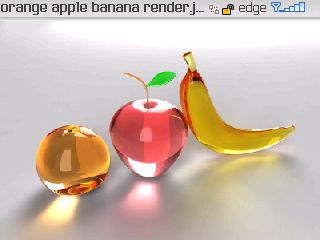 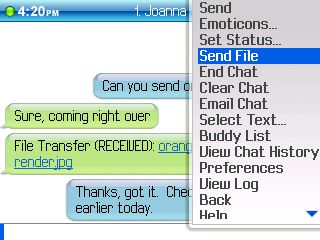 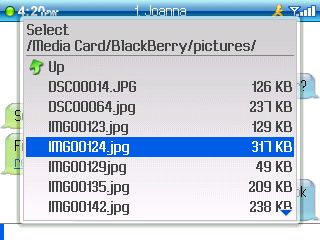 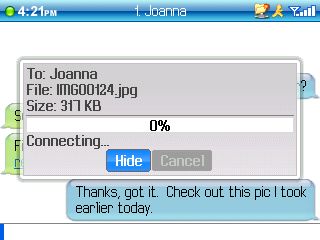 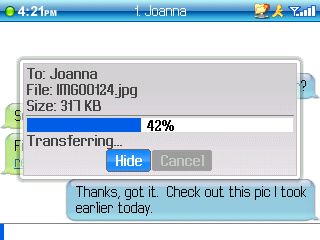 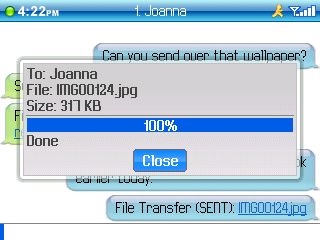