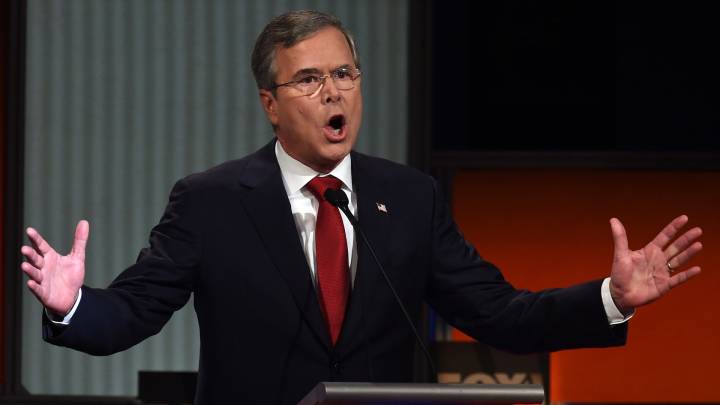 Given the various recent terrorist attacks, it’s no wonder that hackers, cybersecurity, encryption and surveillance are all major topics of this year’s presidential campaign. Encryption was on the table during the sixth Republican debate on Thursday night, with Jeb Bush proposing a solution for guarding the American people that seems to be taken out of a George Orwell novel.

DON’T MISS: How to see everything Facebook thinks it knows about you

Bush said he would be willing to put the NSA in charge of civilian data, corporate cybersecurity and the Internet, as The Guardian explains, and that decrypting protected communications would be very much on his agenda.

“We need to put the NSA in charge of the civilian side of this, and we need more cooperation. You have to keep asking to decrypt messages,” Bush said.

A few days before the Republican debate, Apple CEO Tim Cook made the news for fervently opposing the White House’s approach towards encryption, asking again for support for unbreakable encryption.

Bush, meanwhile, declared that the Obama “failed us completely” on the cybersecurity front. He also said that, if refused by Cook in the eventuality he would become president, he would keep asking for backdoors in encryption.

Bush further added that tech companies could be offered “liability relief, so that if they share data, they’re not fearful of a lawsuit.”

Surveillance, is, of course, a hot topic also because of the many Snowden leaks regarding the exhaustive spying powers certain western intelligence agencies have, NSA included.

Chris Christie said that the USA Freedom Act had gone too far, arguing that the intelligence community should be given “the funding and the tools that it needs to be able to keep America safe.”

“And this summer, we didn’t do that. We took it away from the NSA, it was a bad decision by the president,” he added. “Bad by those in the Senate who voted for it and if I’m president, we’ll make our intelligence community strong, and won’t have to keep everybody out, we’re just going to keep the bad folk out and make sure they don’t harm us.”