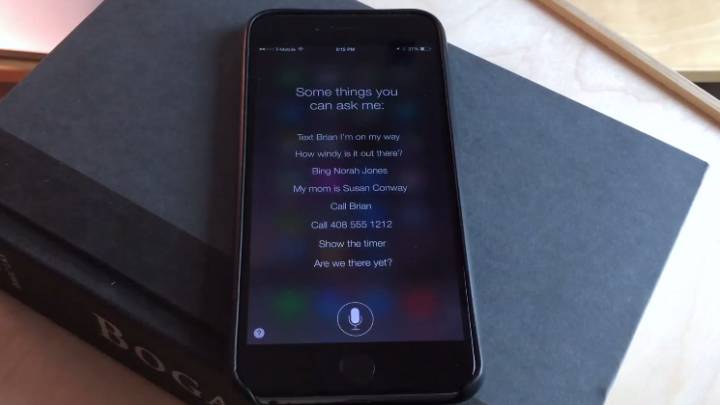 This is it. It’s iPhone 6s day today, as Apple will finally make its 2015 handsets official. Many reports from accurate sources have already revealed plenty of iPhone 6s secrets, and just when we thought there’s no room left for anymore features in the iPhone 6s, an interesting new detail has surfaced, suggesting there’s one big iPhone 6s feature to be excited about.

In a news roundup leading to Wednesday’s event, 9to5Mac’s Mark Gurman listed one new tidbit of information regarding the iPhone 6s devices. According to his sources, the new iPhones will have always-on “Hey Siri” functionality. While this seems like a minor feature, it’s certainly a major update compared with the way Hey Siri works on current devices.

Current iPhones have to be plugged in for users to be able to issue voice commands to the virtual assistant by saying “Hey Siri,” likely in order to conserve battery power. On the iPhone 6s, Siri will always be listening as long as the setting is enabled. It’s not clear whether the updated Hey Siri functionality will be available on other iOS devices as well once iOS 9 rolls out, or if it will be unique to the iPhone 6s and iPhone 6s Plus.

Regardless of whether the always-on Siri feature is restricted to the new iPhone generation or not, there’s reason to be excited about it, as it means Apple has figured out how to enable the feature without compromising on battery life. That’s even better news for the new iPhones, which are expected to pack slightly smaller batteries than the iPhone 6 series, at least according to some recent leaks.