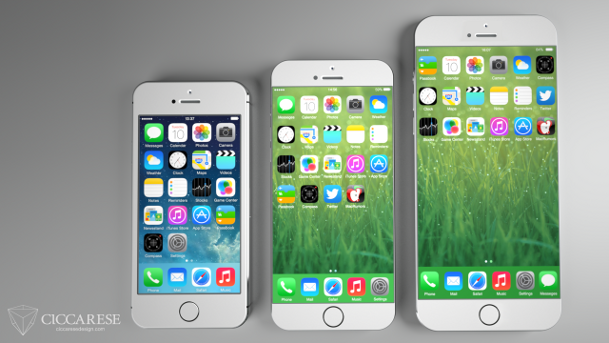 The iPhone 6’s display may be one of the most important features of the device, Forbes reports, especially for a handset that’s supposedly going to sport a bigger screen than the 4-inch screen found on Apple’s last iPhone generations. According to the publication, Apple is putting extra effort in developing a screen that’s not only bigger in size, but also able to offer an improved visual experience, revealing that the iPhone 6 will make use of the same Quantum Dot (QD) technology found in the Kindle Fire HDX “but with an Apple twist.”

Apparently the iPhone 6 will “deliver a much wider color gamut” than the Fire HDX, as Apple will not compromise on color gamut in favor of color reproduction accuracy like Amazon did. In addition to better colors, QD displays also require less power, can offer better brightness and improved lifetime. Furthermore, such displays could be used in flexible devices as well.

The Quantum Dot technology may come from Nanosys, a company that has more than 300 patents on QD displays, with Samsung being one of its major investors. While Nanosys will not confirm that the iPhone 6 will have such a display, the company said that the technology can be used in any devices, from smartphones to big-screen 85-inch TVs this year.

Nanosys CEO Jason Hartlove told Forbes that the first QD smartphone will launch by mid-year. Some recent rumors have said that a bigger iPhone 6 will arrive this summer, while other reports say Apple will launch its iPhone 6 and accompanying phablets later in fall, following its regular iPhone refresh schedule.

In addition to Nanosys sort-of confirming that iPhone 6 models may use QD displays, Apple already has QD-related patent applications, which may have been filed 18 months ago according to Forbes, a sign that may indicate the company has been working on QD displays for quite a while before that.

Forbes sees QD displays as “one more thing” feature about the iPhone 6, which would help the device stand out when compared with similar big smartphones from the competition. “If Apple does not use QD technology then it is difficult to see how the iPhone 6 will look different other than a larger form,” the publication wrote. “That will make headlines but it is hardly an innovation. It plays into Samsung’s domain.”

With is own QD displays for iPhones, Apple is apparently creating its own QD variant, “and not just laying patent traps for potential competitors.” Such QD displays may have a direct impact on shopping experiences, Forbes says.

“Finally there is the question of standards and of producing colors on screen that most closely resemble colors in print – to improve home shopping and related experiences,” the publication wrote. “Although it is not a hot topic for consumers, it is for retailers who want product color to be uniform across all channels – typically, without that, product returns are high.”

In a recent interview with The Wall Street Journal, Tim Cook suggested that bigger iPhones may indeed be in the works, hinting that the display of such a device will play a major role in the whole experience. “What we’ve said is that until the technology is ready, we don’t want to cross that line,” the CEO said. “That doesn’t say we’ll never do it. We want to give our customers what’s right in all respects – not just the size but in the resolution, in the clarity, in the contrast, in the reliability. There are many different parameters to measure a display and we care about all those, because we know that’s the window to the software.”