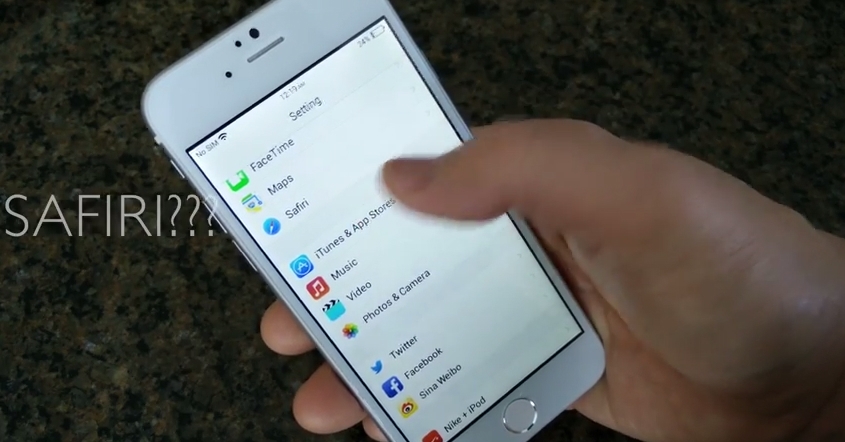 The iPhone 6 isn’t even out yet and it already has a few clones that mimic its appearance and software very well, with 9to5Google having found a new video hands-on demo of one such device. While the clone is based on the leaked dummy iPhone 6 units that flooded the Internet and is fully working, it’s not actually running iOS 8. Instead, it’s running an Android version that has been customized to look just like iOS.

The Wico6 is the name of this new clone, which features a 4.7-inch display with 960 x 540 resolution, 2.4GHz quad-core MediaTek processor, 2GB of RAM, 8GB of storage, and Android 4.2.2 under the hood. Even though it appears the device has a Touch ID home button, it’s actually not a functional one.

The custom skin on top of Android is highly detailed, featuring apps and elements that could briefly convince an unsuspecting user that the phone is really running Apple’s iOS. iPhone owners will quickly recognize apps and folders, app icons, fonts, menus, Control Central, multitasking and even accessibility options that closely replicate iOS.

However, the more savvy users will realize this isn’t an Apple device, as they could easily discover the handset is actually running Android under the hood – and it’s a rather complete version of Android, including Google apps and Play Store access.

The Wico6 doesn’t have a price yet, but it’s unlikely someone spent all that effort customizing Android to resemble iOS just for demo purposes. The device will surely be sold in certain markets, where it could easily fool some buyers into thinking they’re actually getting a new iPhone at a discount price. For what it’s worth, the 4.7-inch iPhone 6 clone does come with its own iPhone-like package, and iPhone-like accessories, including headphones.

A video showing this iPhone 6 clone follows below.