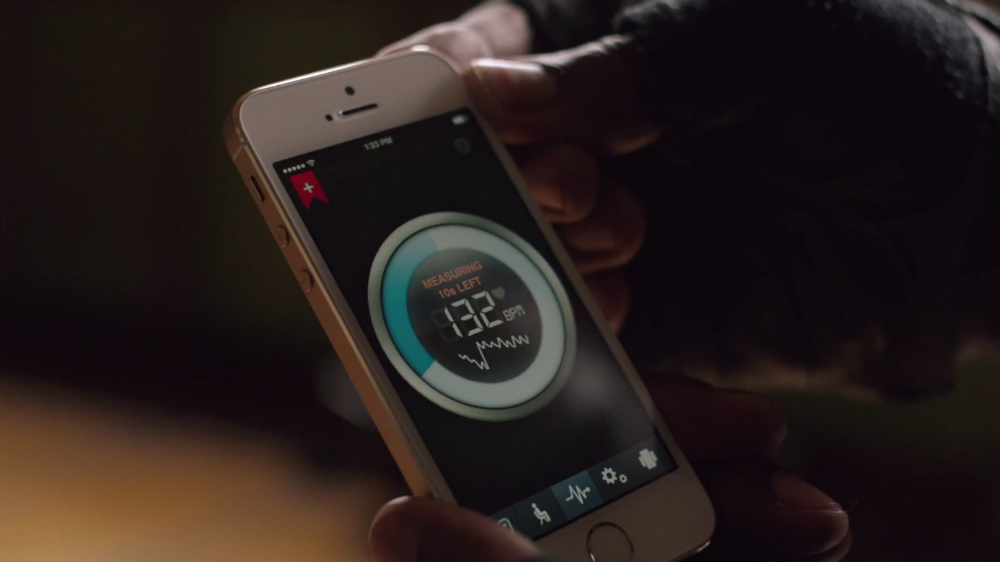 Apple has released a new iPhone 5s TV ad that it shows the various things the iPhone can help with during the day. It also pitches the device as a tool ready to help out with content creation of any sort. During the short 90-second commercial, Apple shows off various apps on the iPhone 5s, including one that can help users measure their heart rates by using the main camera. Without actually taking any hits at Samsung, which just launched the Galaxy S5 with a dedicated heart rate sensor on the back, Apple is subtly suggesting that its latest iPhone model doesn’t need an extra piece of hardware to do what the brand new Galaxy S5 can do.

Even though it’s only showing the app for a few seconds in the ad, Apple has also prepared a special iPhone 5s page on its website for the new “Powerful” TV ad. On that page, Apple encourages views to “explore the apps from the film,” listing six apps from the clip complete with links to the App Store. Of those, the Instant Heart Rate app used in the video has a prime placement.

Apple’s message for this new iPhone 5s campaign is that “you’re more powerful than you think.” “You have the power to create, shape and share your life,” Apple wrote on its website. “It’s right there in your hand. Or bag. Or pocket. “It’s your iPhone 5s.”

The “Powerful” TV ad follows below.