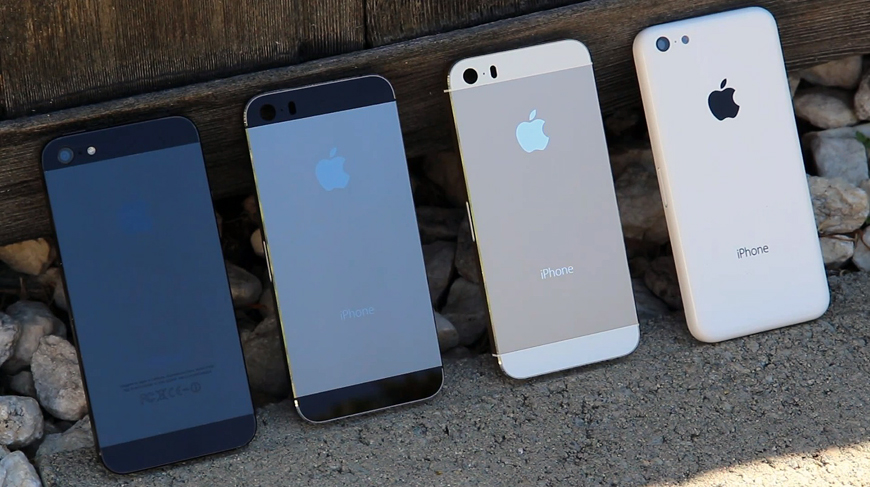 After months upon months of rumors, speculation and leaks, Apple is finally unveiling its next-generation iPhone 5S on Tuesday. Finally. We can’t say we’re going to miss what seemed like an unending river of leaks, but more importantly, we’ll soon get our first official look at Apple’s latest and greatest flagship device. Apple has had an insanely quiet 2013 so far, though the iPhone did still somehow manage to extend its lead as the most popular smartphone line in the U.S. last quarter despite the fact that no new models have launched since last year. Will Apple’s refreshed flagship phone help lengthen the company’s lead even further? Below, you’ll find just about everything you can expect to see when Apple finally pulls back the curtain on the iPhone 5S on Tuesday, and then we should have at least a few minutes of peace and quiet to enjoy before the iPhone 6 rumors really start to fly.

First and foremost, you can expect the iPhone 5S to look almost exactly like the iPhone 5 on the outside. The only real difference in terms of design will likely be the new dual-LED flash on the back of the phone, but we might also see some big design changes to the home button in order to accommodate the new fingerprint scanner — though you definitely shouldn’t expect a convex button like some rumors have suggested.

Sticking to the outside of the phone, the iPhone 5S will also seemingly be made available in two new colors. The first and most widely talked about is a new champagne gold color that will feature a white face and white glass inserts on the back. The second is expected to be a new gray and black color combination that has been called “graphite” but is actually a much lighter shade of gray. Here’s a high-quality video of the new champagne gold iPhone housing, and here’s one of the new gray and black model.

Apple’s iPhone 5S might not feature many big external changes, but inside it’s an entirely different story. As BGR exclusively revealed back in May, the iPhone 5S sports a massive internal redesign with numerous components that have been tweaked or completely remade.

The most notable internal changes aside from the fingerprint sensor will likely be the new faster Apple A7 processor with improved graphics that will be complimented by 2GB of RAM, twice the memory Apple included in the iPhone 5. There are also unconfirmed rumors of a new 128GB storage option, which is certainly a possibility, as well as a bigger battery, a slightly upgraded camera with new optics, and a new and improved 4G LTE radio.

And finally, the new flagship iPhone will ship with Apple’s brand new iOS 7 software, which we previewed at length back in June.

As for when you can expect to get your hands on Apple’s new iPhone 5S, all signs point to a September 20th release date in the U.S. and other launch markets. The iPhone 5S is shaping up to be the biggest “S” upgrade in Apple’s history, so be sure to tune into BGR on Tuesday starting at 1:00 p.m. EDT to catch all the news as it breaks.

Head here for a roundup of everything you can expect from the new iPhone 5C.