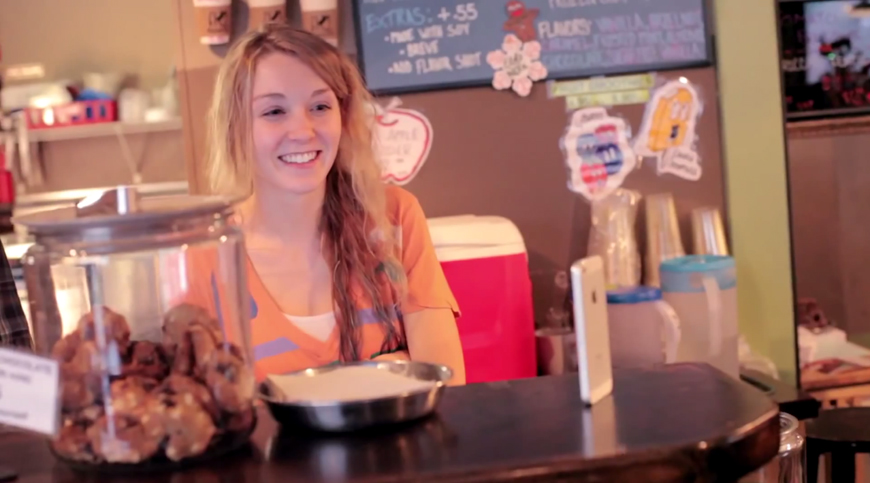 There are plenty of iOS and Android developers out there who get creative with their apps, but Egos Ventures have taken things to a whole new level. The Atlanta, Georgia-based company bills itself as an “innovation lab” and with apps like Cycloramic, the shoe most certainly fits. The team’s first app makes use of the high-quality camera and the vibrating motor in Apple’s iPhone 5s and iPhone 5 to transform either phone into a hands-free 360-degree panoramic camera or a 360-degree video camera with the touch of a button.

Thanks to the flat edges and balanced weight distribution of the iPhone 5s and iPhone 5, Cycloramic is able to use the handsets’ vibrating motors to actually physically rotate the devices on a flat surface while recording. This means that the phones are able to record 360-degree HD video or capture 360-degree, 44-megapixel panoramic photographs without any user intervention — just place it on a flat surface, tap a button, and the phone will slowly rotate 360 degrees as it captures video or a panoramic photo.

A video is worth a thousand words:

Cycloramic isn’t new. The app launched late last year, but has since been updated with a bunch of awesome new functionality. Most importantly, the original version of the app didn’t include the newer 360-degree hands-free panorama mode. The user interface has also been updated and it goes very well with Apple’s iOS 7 styling.

Egos’ app is typically $1.99 but it’s currently available in the App Store for free for a limited time, and a link can be found down in our source section. Another demo video follows below as well.