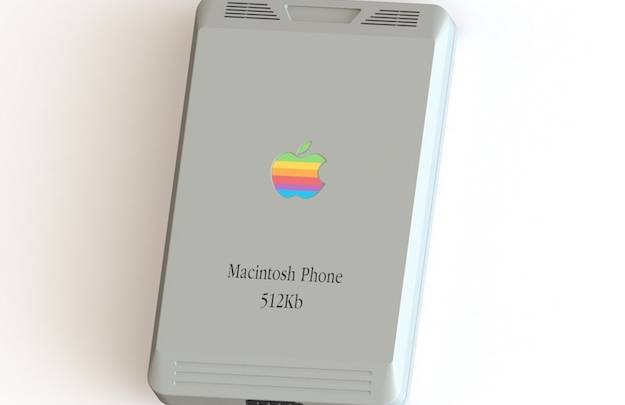 The original iPhone introduced by Steve Jobs was a game changer in every respect. In addition to a revolutionary new interface, Apple’s first-gen iPhone also ushered in a new era of smartphone hardware design. Before long, the design aesthetic of the original iPhone — a rectangular device with a large multitouch display — became the blueprint for all other smartphones.

To answer this very question, designer Pierre Cerveau recently put together a few mockups depicting what such a device would look like. Cereau calls his creation the Macintosh Phone. Impressively, the resulting mockups perfectly blend the look and feel of 1984 Apple with the form factor of a more modern-day smartphone.

Ah yes, the whimsy of the rotary dial brought back to the modern day. You might want to call this one the iPhone Classic.

Make sure to hit the source link below for a few more photos of this cool design.