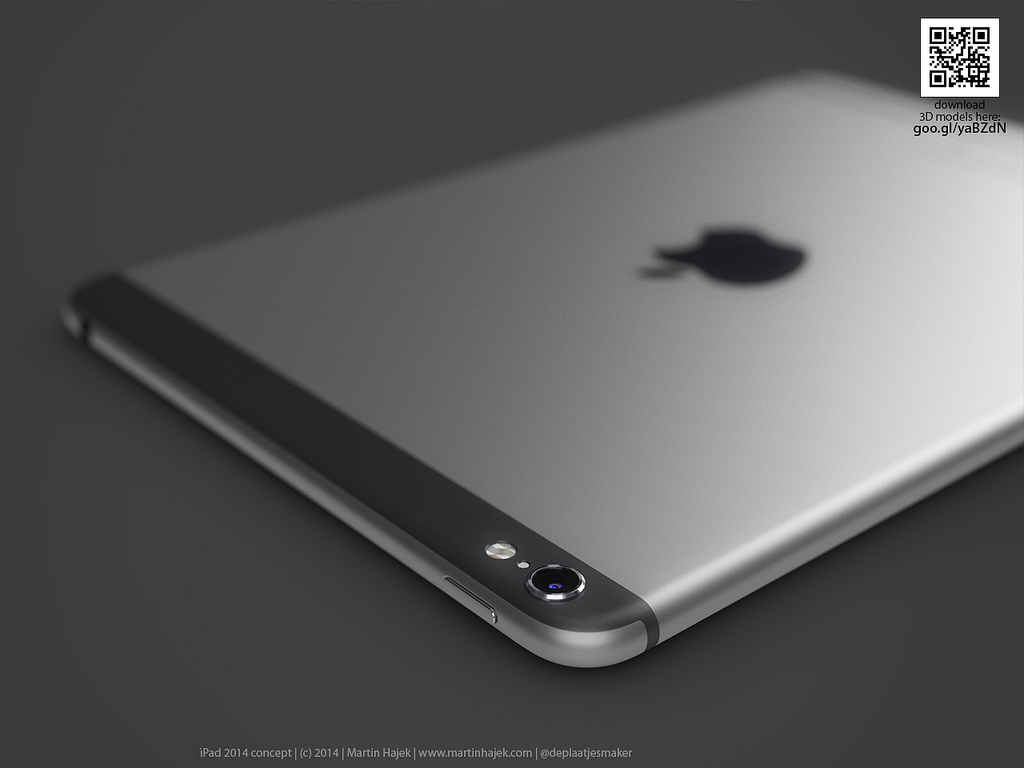 Now that Apple has launched its new phones and revealed its first smartwatch, the seemingly endless stream of concept images from around the Internet has come to a grinding halt. There’s not much to conceptualize any more, but on the heels of the latest Apple event announcement, Martin Hajek has returned with a brand new mockup of the iPad Air 2, which is expected to be unveiled at the event on October 16th.

In this series of images, Hajek poses the question: what if Apple applied the iPhone 6 and 6 Plus design to its line of tablets? Basically, what if you just stretched the iPhone 6 Plus out a few inches further until it reached the size of an iPad Air? As with most of Hajek’s work, the iPad Air 2 concept looks completely plausible, but he notes that the plastic inserts would be even more out of place on a larger device.

Based on previous leaks, it seems very unlikely that Apple will significantly alter the design of the iPad Air for the next-gen model. Photos and videos have shown a new speaker grille, new volume buttons and Touch ID functionality, but the body is virtually unchanged. We will find out on Thursday when Apple takes the stage to show off the new tablet.