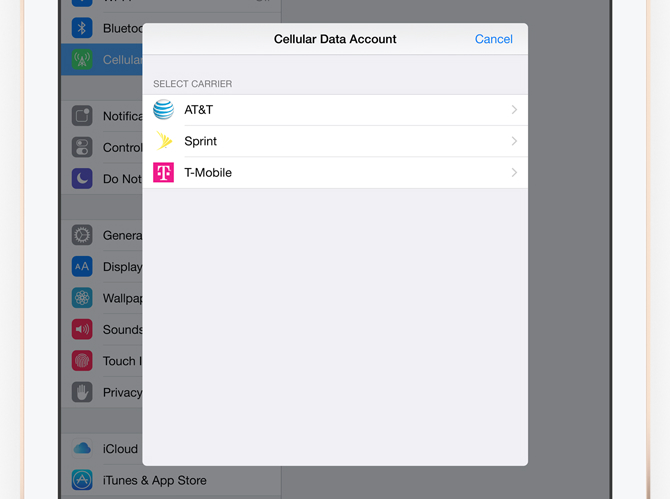 Apple on Thursday announced a variety of products during its special iPad and Mac event, including the iPad Air 2, the iPad mini 3, the Retina iMac, the new Mac Mini and OS X Yosemite, but there’s also a tiny product the company has been working on and which will launch alongside the new iPads that Apple didn’t say a thing about.

Apple has created a SIM card of its own, the Apple SIM that’s going to be preloaded on all iPad Air 2 and iPad mini 3 models sold that will be compatible with a variety of carriers in certain markets — apparently carriers have to opt-in for this feature to work, and only some operators have so far agreed to Apple’s conditions.

“The new Apple SIM is preinstalled on iPad Air 2 [and iPad mini 3] with Wi-Fi + Cellular models,” Apple wrote on its iPad Air 2 and iPad mini 3 pages detailing their wireless features. “The Apple SIM gives you the flexibility to choose from a variety of short-term plans from select carriers in the U.S. and UK right on your iPad. So whenever you need it, you can choose the plan that works best for you — with no long-term commitments. And when you travel, you may also be able to choose a data plan from a local carrier for the duration of your trip.”

The Apple SIM card, which is a nano SIM card, works with AT&T, Sprint and T-Mobile in the U.S., and with EE in the U.K., although it’s likely other carriers will support it in the future.