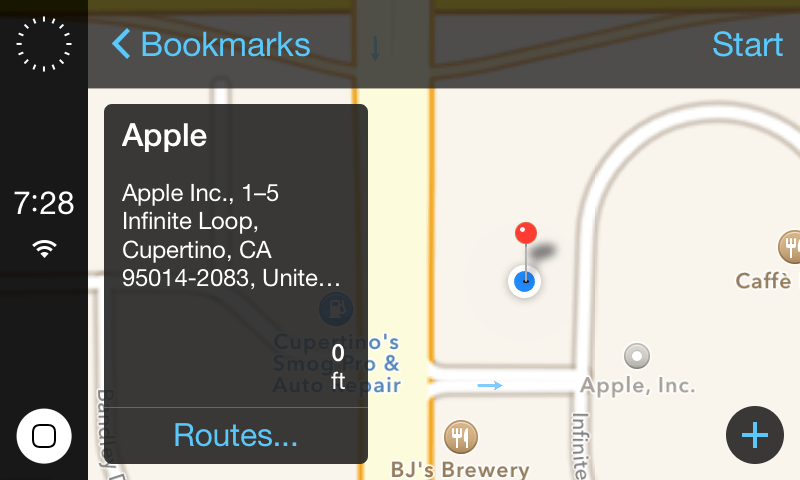 As we’ve mentioned before, the next big battle between Apple and Google seems to be over which company will get to use its software to power your car. Developer Steven Troughton-Smith has posted a number of screenshots from Apple’s upcoming iOS in the Car release that show us how Apple is refining the user interface of its new car-centric mobile OS. 9to5Mac notices, for instance, notes that “the design shown in the images… show a user-interface that is strikingly different to the one shown at Apple’s Worldwide Developers Conference in 2013,” as “Apple is toying with moving the horizontal status bar into the vertical position,” thus giving it “more space on the already small car touchscreen consoles.”

A beta version of iOS 7.1 released late last year contained references to iOS in the Car, so it’s likely that Apple will release the new iteration of its operating system soon. iOS in the Car will essentially let your iPhone take over your car dashboard console to display applications such as iOS Maps and iMessage.  Additional screenshots of iOS in the Car follow below.