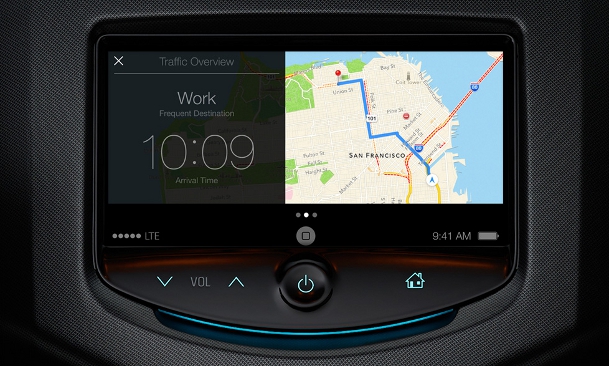 Apple’s big push to integrate itself even further into your daily life might be right around the corner. When the latest iOS 7.1 beta was sent to developers on Friday, 9to5Mac noticed an interesting inclusion to the Restrictions Settings menu: a toggle for Car Display. Apple originally announced iOS in the Car quite a while ago, but it was not ready for the initial release of iOS 7, and so it was pushed back for a future update.

“iOS in the Car seamlessly integrates your iOS device — and the iOS experience — with your in-dash system,” according to the description on Apple’s website. “Now you can easily and safely make phone calls, access your music, send and receive messages, get directions, and more.”

Although there are no assurances that iOS in the Car will be finished in time for iOS 7.1, the evidence from the beta release speaks for itself.