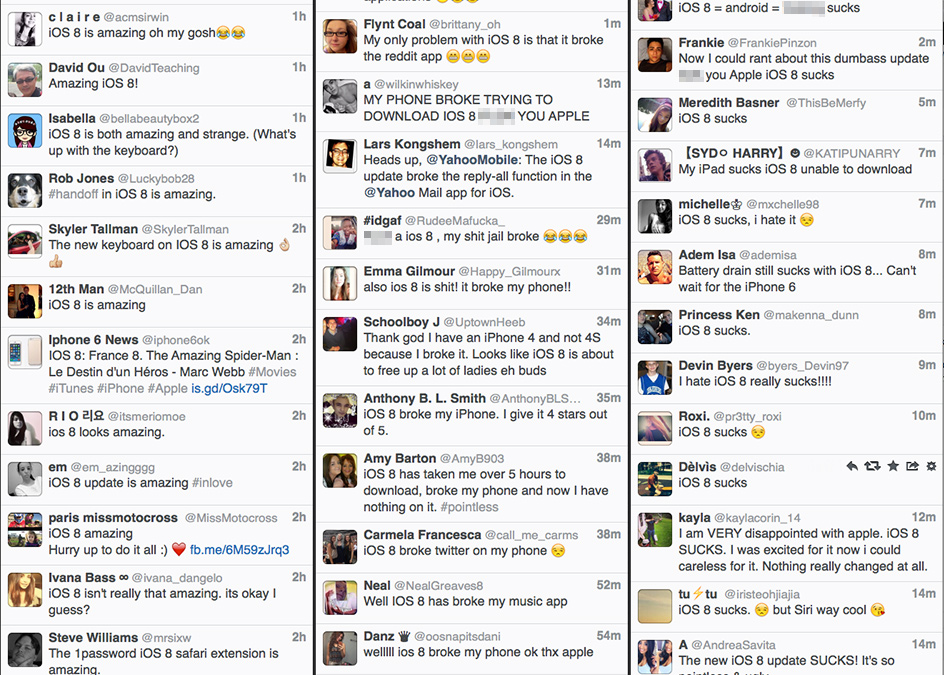 Some of the reactions to Apple’s iOS 7 were pretty amazing when it was first release last year. It was a brand new operating system with a brand new look and people either loved it or hated it.

Another year and another update are now upon us, and here are some of the most amazing reactions we have come across. They range from rage to excitement, to joy, to heartbreak. One of the popular themes seems to be the 5GB of free space required to install iOS 8 over the air, which could be pretty tight on a 16GB iPhone. One trick if you haven’t updated yet is to use iTunes, which requires much less free space.

Y'all thirsty for that iOS 8. Shoulda really stacked up some more bread and got that 64GB you peasants

If I get iOS 8 on my phone is U2 going to be back on there? I just got that shit off of my phone.

Everyone tweeting about how many relationships are gonna get ruined with iOS 8. Wtf? How about you don't have side hoes in the first place?

I feel you 😒 RT @LaurenQuiquero: Updated to iOS 8 and there are no new emojis why am I living

So, iOS 8 is cool. But it's really iOS 7 with voice messages and that little spell check bar..

Ios 8 was a catfish

“@meanpIastic: iOS 8 sends a read receipt when you look at a message by pulling the top menu down… the game is forever changed”

What exactly is cool about iOS 8