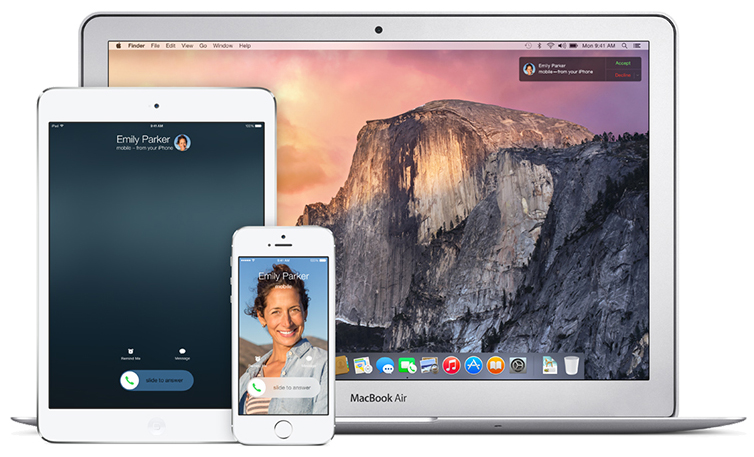 Apple has gone to great lengths to make privacy one of the main features of iOS 8 and Yosemite, which could be a very important differentiating factor for mobile device and computers buyers— especially considering the recent NSA-related leaks, the privacy-breaking practices of other companies and the malware that can affect certain other operating systems looking to steal personal data.

IOS and web app designer Luis Abreu has taken an extensive look at Apple’s new operating systems, revealing the ways they protect user data while offering more advanced features. In addition to focusing on the user-side, Abreu is also offering app developers advice on how to better adapt to the changes, in order to take advantage of the new iOS 8 and Yosemite features, while abiding to Apple’s strict privacy rules and requirements.

“The latest updates to iOS 8 and OS X Yosemite introduce some very welcomed changes to the way Security and Privacy is dealt with on these platforms and may serve as an inspiration for others,” Abreu wrote.

“Apple takes advantage of its unique control over hardware, software and services to provide the best security offer in the consumer market as detailedly described in their iOS Security Paper,” the designer added. “But aside from that, they know, and want you to know, their business model isn’t reading and selling your personal information.”

Abreu looks closely at various privacy-related elements part of apps, including location data, camera access, contacts sharing, apps for kids, new Safari and Keychain features, and dives into new Apple resources for developers including HomeKit, HealthKit and CloudKit that will add new functionalities to existing and future iOS and OS X apps without breaking the privacy of the user.

Among the interesting things the designer lists is the way Apple handles location access in iOS 8. An app can have permanent access to the user’s location or temporary “while in use” permission, and the app will offer prompts, as well as visual cues when accessing location information.

The Camera also requires explicit consent to be accessed. As for Contacts, apps may be restricted to accessing only a certain contact, or only certain details about a contact in iOS 8, and may not get updates when the user will make changes to contact details in the future.

In iOS 8, Apple is focusing even more on children protection, while trying to offer them, and their parents, an easier way of experiencing apps. That means developers who create apps for children will have to have clear privacy policies in place, and make sure their apps adhere to the Children’s Online Privacy Protection Act (COPPA) when it comes to any sort of data collection.

Similar mandatory privacy policies will also be required for apps that make use of HomeKit and HealthKit, and such apps will have access to certain personal home- or health-related information, respectively, with the user’s explicit permission.

To make apps better work together and allow developers to use some of Apple’s resources, Apple is making CloudKit available to them to provide “accounts and data transport,” but not access to identity.

“CloudKit does not give Apps access to the real user’s Apple ID or data from other apps, instead, CloudKit creates a Random User ID on a Per-App basis, and there’s no access to private data outside of your app’s CloudKit Drive Container,” Abreu reveals.

Abreu’s fantastic look into Apple’s privacy-related practices is not finished, as he plans to cover other significant iOS 8 and Yosemite features including Handoff, Notifications, Settings, Extensions, Wi-Fi Mac address, but also developer-only features such as iTunes Connect and Advertising. To go through his extensive privacy analysis, follow the source link below, and bookmark it for future updates.