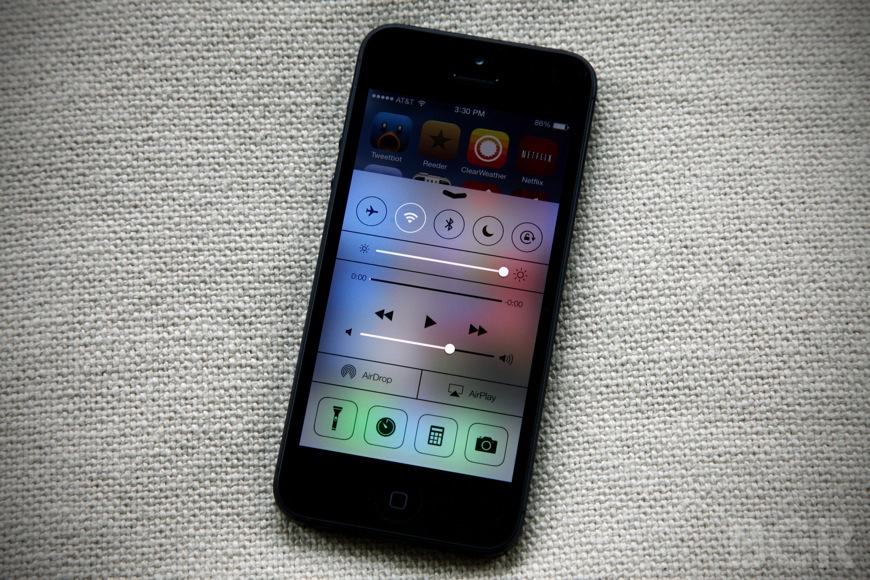 Apple released iOS 7 beta 3 right on cue Monday morning, and the new software is now available for developers around the world using the iPhone, iPad, iPad mini and iPod touch. Following the release of Apple’s initial over-the-air (OTA) update, the iOS 7 beta 3 installation files have now been added to Apple’s developer portal. Along with them, of course, is the full change log detailing all of the new features and bug fixes included in iOS 7 beta 3. For those interested in seeing exactly what Apple changed and added in this latest software release, BGR has been provided with the complete iOS 7 beta 3 change log and it is posted below.

Support for Car Display will be provided once compatible systems are available.

Some high-resolution photos will not sync (via iCloud and other services) when set as a Contact’s Caller ID photo.

Workaround: Use a lower-resolution photo.

Many updates to the MCSession APIs are included in this seed. The APIs now function as they were presented at WWDC. Major changes and enhancements include:

MPMediaPickerController has been disabled for this seed. It will immediately return as if the user canceled the selection.

Newsstand background downloads that use HTTP basic or digest authentication will prompt the user with authorization alerts (NSURLConnectionDelegate Protocol callbacks forconnectionShouldUseCredentialStorage and willSendRequestForAuthenticationChallenge are not called correctly).

In General > Background App Refresh, the per-app settings are not honored.

After erasing the device from Settings > General > Reset > Erase All Content & Settings, CrashReporter logs will no longer be copied from the device to the computer.

Workaround: Restore the device from an IPSW instead of using Erase All Content & Settings on the device.

This seed includes development versions of new male and female Siri voices for U.S. English and French, and a male voice for German.

When using the iOS 6.1 SDK on OS X v10.8 Mountain Lion, if you use the iOS 5.0 or iOS 5.1 Legacy SDK in iOS Simulator, you will not be able to use Twitter features: attempting to sign in to Twitter via the Settings pane will fail, and Twitter.framework will not work correctly. If you need to test Twitter features, you will need to choose either an iOS 6.1 or iOS 6.0 Simulator run destination, or you can test with iOS 5.x on a device.

+[AVPlayer playerWithPlayerItem:] returns an AVPlayer object, but the current item will return nil if the player was created on another thread.

The Wi-Fi sync option in iTunes is checked, but Wi-Fi devices do not appear in iTunes.

Workaround: On OS X, install the iOS 7.0 SDK after installing iTunes. Wi-Fi sync is not supported on Windows.

Reminders does not work with VoiceOver.