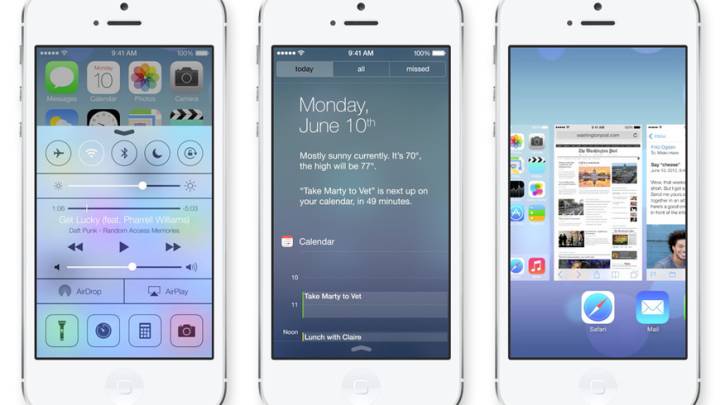 Responses to Apple’s newly reupholstered iOS 7 software have been mixed — personally, I’m not sure how I feel about it yet — but one thing seems certain: iOS 7 made Apple exciting again. Among those who were thoroughly impressed by Apple’s work was Bob Lefsetz, an acclaimed music industry critic and consultant who, from time to time, offers commentary on the technology industry as well. Following Apple’s iSO 7 unveiling on Monday, Lefsetz issued a very enthusiastic note to subscribers of his newsletter, going as far as to call iOS 7 a “positively mind-blowing” effort that will make Apple cool again.

“The positively mind-blowing experience was iOS7,” Lefsetz wrote in Tuesday morning’s edition of The Lefsetz Letter. “Huh? Isn’t it a mature system? Isn’t that why Apple’s dying? Because they don’t know where to go? With Steve gone… With Scott gone… Jony Ive can take control.”

He continued, “Jony Ive is the new Steve Jobs. And rather than being cautious, resting on his laurels, Jony Ive has completely redesigned iOS7 to make it so cool, once it’s launched Apple-envy will be prevalent once again, with every iPhone owner showing off how cool it is.”

Lefsetz noted that Apple’s mobile experience isn’t right for everyone, but he argued that the company’s approach — keeping things elegant and easy — is the favorable approach for most users. While some people like open platforms that tout the flexibility of a PC, he believes most people “don’t want to know how to fix my car,” they just want it to run well.

Apple’s new iOS 7 software won’t launch to the public until sometime this fall, but BGR has posted a hands-on look at Apple’s new mobile OS.