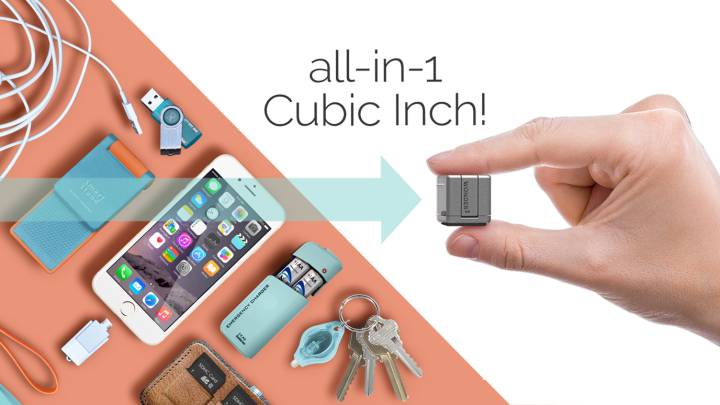 No matter what platform you use, you probably still have some major complaints about your smartphone, with battery life and storage being the most prominent ones. However, there’s one tiny device called WonderCube that’s trying to fix your phone’s battery and memory problems while also helping out with other things while you’re on the go.

FROM EARLIER: 5 free apps every Netflix user needs to know about

In addition to offering up to 64GB of storage and extra battery life through its spare battery packs, the WonderCube also offers a built-in connectivity for either Lightning or microUSB cables, and supports USB OTG and data syncing. The gadget is so tiny that it can be worn on a regular key chain and can also be used as a smartphone stand to boot.

With 24 days left to go in its Indiegogo campaign, the WonderCube has already been funded and has raised almost $120,000 from more than 2,100 funders, or almost $70,000 more than its initial goal.

A video showing it in action follows below.