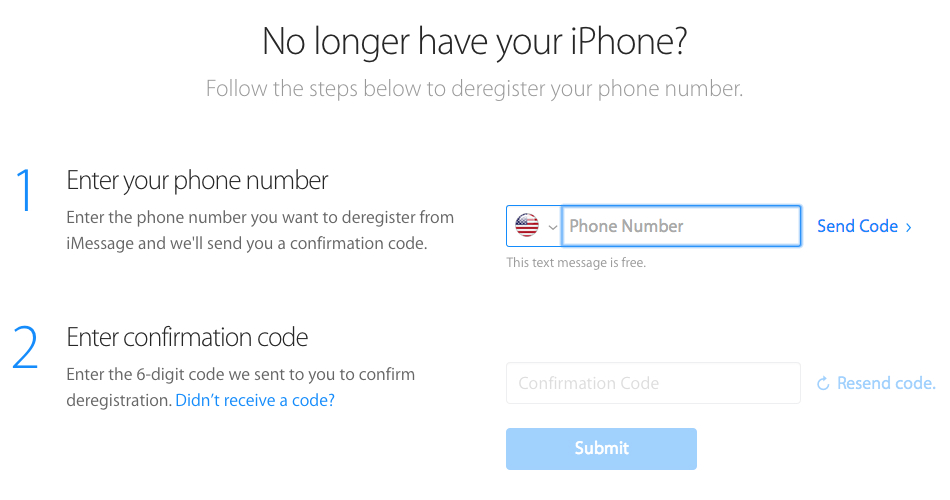 One of the problems that may be affecting certain smartphone users who want to switch from iPhone to Android is iMessage, as some people don’t know how to turn the messaging app off. In such a case, the app could remain active on an iPhone and not send incoming text messages to devices that run on Android or other platforms. But Apple has just launched an online tool to fix this potentially annoying problem.

FROM EARLIER: Not impressed by the iPhone 6? Here’s a complete guide to switching from iOS to Android

“You may need to turn off iMessage if you are now using a non-Apple phone and can’t get SMS or text messages someone sends you from an iPhone,” Apple wrote on its deregister iMessage site.

Furthermore, the tool shows users how to turn off iMessages on the phone in case they still have access to the iPhone, and how to do it if they have already sold it — the process in such case is quite simple: users have to enter the phone number they want to deregister from iMessage in a field on the site and Apple will send back a 6-digit confirmation code that has to be typed in a second field (image above).

Once either of the steps above are performed, the iPhone in question will no longer receive messages.